Escape the cartoon reality and cross over to the real world (possibly, ongoing).

Amanda the Adventurer, otherwise known as simply Amanda, is the titular main antagonist of the indie horror game jam video game of the same name.

She is an enigmatic monster that appears as a little girl and is the main character of her title show. She is usually accompanied by her timid sidekick Wooly the Sheep, who seems aware of her true nature and attempts to warn the player to stop watching her show, often making up excuses to slow her down and buy the viewer time.

She is voiced by Chelsea Lecompte.

The player finds some dusty VHS tapes of her show in their house while cleaning and decides to watch them for nostalgic purposes, despite not remembering ever seeing the show on TV. The first episode starts with Amanda and Woolie going to the store to get apples that they need to make apple pie. Amanda disregards Woolie's concerns about his allergy to apples, saying he should try new things.

The second episode starts with Woolie frantically trying to warn the viewers about something, but Amanda appears and interrupts him, resuming the episode as normal. She tells the player that they need to go to the butcher shop to get meat for grandma, despite Woolie claiming that grandma is a vegetarian. Once in the shop, Amanda tells the player to tell the butcher what they need. When the player responds "meat" (she will force them to if they don't), Amanda smiles evilly saying, "That's right..." before staring threateningly at Woolie while the butcher slowly chops a chunk of meat. Presumably as punishment for trying to warn the player, Amanda attacks him offscreen just as the episode ends.

The lost tape shows Amanda and Woolie searching for lost treasure in the woods. Amanda is seen reprimanding Woolie for not participating in the activity. When he proceeds to openly defy her and tells the view to destroy the tapes, Amanda begins levitating, grows fangs, and mauls him offscreen. The video cuts to a previous viewer taking the tapes into some woods off of a highway and preparing to burn them, but an unseen force, likely Amanda, forces him to put the lighter away and keep the tapes.

The third episode opens with Amanda standing in a darkened, realistic setting, in contrast with the cartoonish background of the previous episodes. Next to what appears to be a piece of Woolie's body, she tells the player that it's time to go home, pointing to a house that is revealed to be the player's house and demanding that they let her in. After opening the door, Amanda will begin to violently contort her body before the player is attacked by her monster form, implying she killed or abducted the viewers. 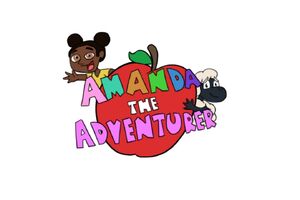 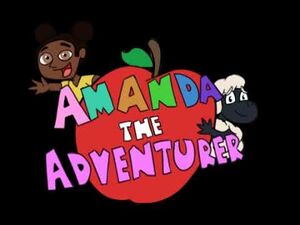