Warping the appearance of its owner

Amanda, better known as Amanda the Doll, is a bisque head doll that is reportedly haunted. Amanda was one of the few supposedly haunted dolls that was sold on eBay. Her current whereabouts are unknown.

According to the story, Amanda was originally made by Heinrich Handwerk in 1884. 119 years later, he was later sold on eBay in August 2003, only to be put up for sale again after her owners did not want to have her anymore. Amanda was apparently placed on auction several times.

Many people have reported on seeing Amanda move throughout their houses. One woman even reported that she had seemingly moved from room to room without any explanation. This doll is also believed to bring bad luck to those that she did not like. If she discovered that she did, in fact, like you, she would never harm you, and she would look out into space. If she ever grew tired of her current home, however, she would wreak havoc on the house, and she would then be put on auction again.

She is currently in the hands of paranormal investigators in Atlanta, Georgia. 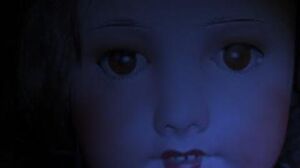 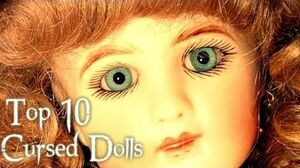