Obey and serve the wills of Aleister Crowley.

Kidnap and acquire the Last Order for Crowley's project and kill Accelerator.

Amata Kihara (木原 数多 Kihara Amata) is an antagonist and is the main antagonist of the Academy City Invasion Arc of the light novel/manga/anime series A Certain Magical Index. He's a member of the Kihara Family and is the head commander of the Hound Dog Mercenary organization. He's most notable for being the original mentor of the most powerful Esper in Academy City, Accelerator.

He was voiced by the late Keiji Fujiwara in Japanese (who also voiced Ladd Russo, Mewtwo, Axel, Esidisi, and Sakuya Togane) and Marcus D. Stimac in English.

Not much is known about Kihara's early life prior to the series but what is known is that he had been the original mentor of Accelerator. He had worked on the project to create him and was part of the research and development part of the project. He had helped train Accelerator to be the best and gave him his abilities. Kihara had also gave him his weaknesses so Amata could use them if needed as he had the urge to kill Accelerator at the time. He also became the Leader of Hound Dog during that time as well.

Amata Kihara first appears during the Invasion of Academy City where he first appears coming out of a black van and witnessing his former apprentice come out of the fire of a now slain Hound Dog squad. Kihara quickly engages Accelerator and manages to defeat him just in time for Hound Dog mercenaries to subdue and kidnap Last Order. Accelerator is beaten to a bloody pulp but has enough power to catapult Last Order out of Kihara's grasp and is eventually saved by Index who was close by and distracted him and his forces. Amata is then locked into a chase with Accelerator and Index who stole a vehicle and while he and his forces are chasing after them, Amata and the Hound Dog Forces encounter Vento of the Front of God's Right Seat while she is chasing after Index to find and kill her.

He walks out of his car with a small group of Hound Dog mercenaries behind him and Vento uses her Divine Punishment on Kihara and his men. Much to her surprise, Amata is immune to her attack after a short brief fight between the two and eventually orders the Hound Dog troops to split up and form different teams and chase after the different targets and kill any witnesses in sight. Vento joins Amata for a short time and tells her to be more prepared if she wants to fight him again before she leaves. He then finally arrives at the rendezvous point where he gets intrigued by the affects of Vento's Divine Punishment on a small squadron of Hound Dog mercenaries. Later on, he orders the establishment of the Testament machine to use when they acquire Last Order and Hound Dog operatives are able to do so at one point. He then connects Last Order to the machine to activate Crowley's creation, the Fuse KAZAKIRI. He is likely amused to Crowley's creation which resembles something of an angel and later decides to call Accelerator. He calls him and taunts him on how he has Last Order and is going to harm her when he is grimly reminded that he is ordered by Aleister Crowley himself not to do any harm to her. This infuriates him but he presses on anyway.

Finally as the project is going ahead, he is then addressed by a small group of Hound Dog mercenaries on a mission report and guard Amata during the experiment when all of a sudden Accelerator bursts into the building armed with a shotgun. He then goes on to brutally gun down the mercenaries as Amata uses them as human shields until finally he and his former apprentice are all that's left. Much like their first encounter before, Amata is able to overwhelm Accelerator as his collar runs out of power and beats him into a bloody pulp. Index comes in however and manages to save Accelerator and starts singing as Amata goes to kill her when Accelerator stops him. He tries killing him by throwing a grenade at him but Accelerator survives and gets up. With Index's singing, Accelerator gets angel wings made purely from AIM and grabs Amata and throws him out of the building and is uses as a projectile for Accelerator's own version of the railgun.

Despite dying during the Invasion of Academy City, Kihara Amata manages to influence further events most notably with other antagonists even with a different success rate. It is reveled in New Testament that one of his relatives can use his thought patterns and it is revealed that he even has a son and he's involved in the Dark Side of Academy City (although it's unknown if he's an esper or not). if his wife is alive, she still carries on the Kihara Family name.

Kihara Amata wheres brown pants and has a dark red/brown jacket over a black shirt. He wears a white lab coat which helps him stick out amongst the other Hound Dog members who wear all balck military gear and has a pair of gloves known as Micromanipulators. He has short blond hair and large black tattoo across the left side of his face and has noticeable facial features of square jaw and cheek bones.

Kihara has a very nihilistic personality as he has no care for human lives at all especially with his subordinates. He often talks down to those under his command as if they were trash and insulted a Hound Dog mercenary at one point in episode 19 of Index ll by calling him scum simply for questioning his orders. He believes that he can kill anyone whose unneeded and unnecessary as if it's pulling out weeds. He appears to also hate espers viewing them as nothing more but mere Guinea Pigs. Because of his hatred for humanity, he is left unaffected by Vento's Divine Punishment when she used it on him. He's apparently so evil that even Vento describes him a s "rotten to the core" and bad by her standards (most likely by comparison). he appears to have dialogue that is very vulgar and profane even in non-hostile situations always being peppered.

Amata Kihara is a very strong and powerful opponents with abilities which make up that of his lack of epser powers. He's dangerously intelligent due to years worth of research and is very strong physically. He can handle many heavy weapons such as when he's seen wielding an anti-tank launcher against Vento of the Front and can even handle anti-personal grenades. He also has though patterns and can predict Accelerator's moves. 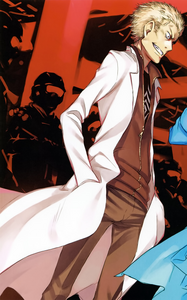 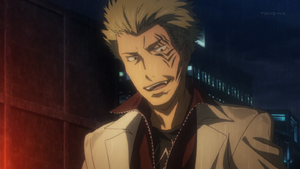 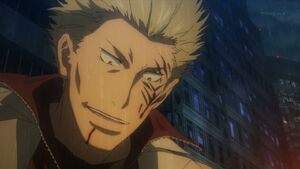 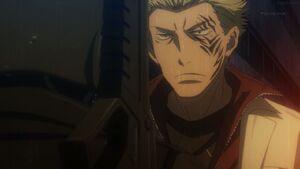 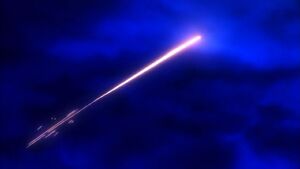 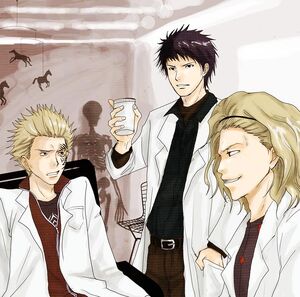 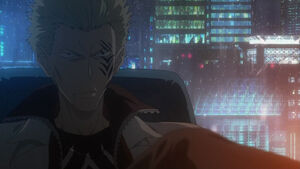 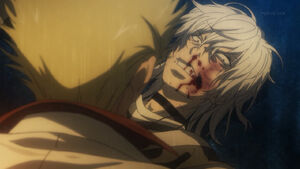 Kihara looks down on a bloodied Accelerator 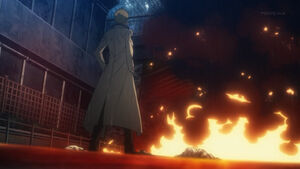 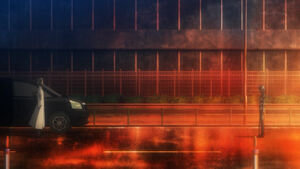 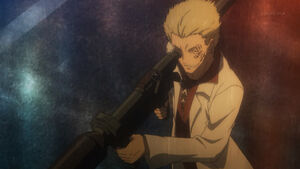 Kihara with an Anti-Tank Missile Launcher 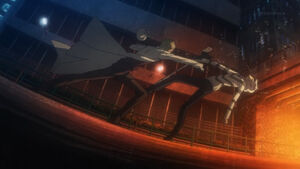 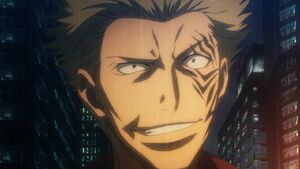 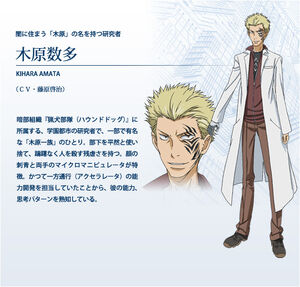 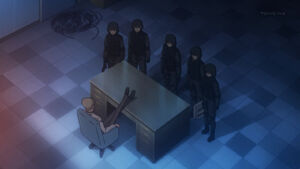 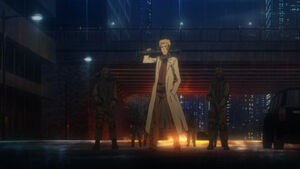 Kihara checking on Vento of the Front 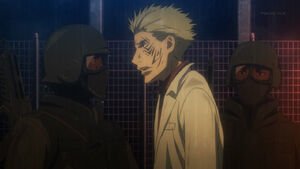