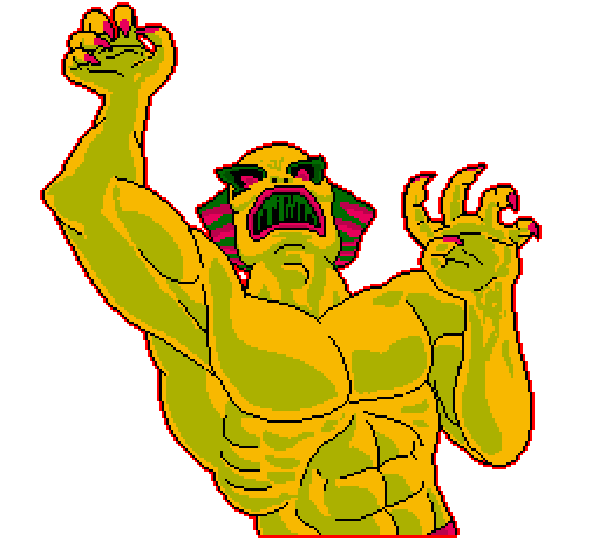 The Amazon is one of the main villains from the fangame Abobo's Big Adventure, acting as the boss from the Balloon Fight/Pro Wrestling stage. He is one of the bad guys sent by Little Mac to stop Abobo. He first appears disguised as Aboboy, attempting to scare Abobo. He then gives Abobo the middle finger and runs away using a jetpack, but Abobo gives chase by using two balloons, which triggers the Baloon Fight sequence. The Amazon appears every now and then to shoot, attempting to pop Abobo's balloons, but he soon runs out of fuel and fall into a ring, where he and Abobo fight one-on-one. Abobo defeats him, summoning four wrestlers who each make a move on the Amazon, until Abobo finishes him with an Izuna Drop that creates a crater, where the Amazon falls and ends impaled by spikes, which sign the beginning of the next stage.

Retrieved from "https://villains.fandom.com/wiki/Amazon_(Abobo%27s_Big_Adventure)?oldid=3532573"
Community content is available under CC-BY-SA unless otherwise noted.