Ambassador Hell is the third and final Shocker commander to appear and a major antagonist in the Japanese TV series Kamen Rider. His weapon is a whip. He is able to become Garagaranda, a rattlesnake monster.

After Kamen Rider Ichigo defeated Dr. Shinigami, Ambassador Hell was summoned from his Shocker branch in the United States, to take command of the Japanese Shocker branch. In episode 79, Ambassador Hell captures Hongo's friends and traps them in sand. As Garagaranda, he can burrow underground, and backlash his enemies with his whip arm. While Taki frees Hongo's friends, Kamen Rider Ichigo defeats Garagaranda with Rider Kick, turning Ambassador Hell back to his human form. In severe pain, Hell screamed to Shocker's perseverance, and dies in a huge explosion.

Ambassador Hell was resurrected by Destron in Kamen Rider V3 to assist Doktor G in his plan to use poison gas on the population of Japan. He is killed when a Destron base self-destructed.

Ambassador Hell returns in Kamen Rider Decade: All Riders vs Dai-Shocker as a commander of Dai-Shocker's forces in the World of Decade where he dons a new black armor. In the final battle, he assumes his monster form Garagaranda. He was impaled by Kamen Riders Black RX and Kabuto, and defeated by Ichigo's and Nigo's Rider Double Kick. Garagaranda then shouts out a declaration of Dai-Shocker's perseverance and dies in an explosion.

In OOO, Den-O, All Riders: Let's Go Kamen Rider!, Ambassador Hell returns as Garagaranda and serves as a kaijin soldier of the alternate 2011 Shocker.

He was revived to combat an opposing faction Nova Shocker while trying to release Alexander the Great Gamma Eyecon from the body of Tobei Tachibana's granddaughter, Mayu, to obtain its power. However, his faction is still overpowered by Shocker Nova's strength, leading him to make an uneasy alliance with the Kamen Riders Ghost, Specter, and a newly improved Kamen Rider 1. Though he still has unfinished business with Takeshi Hongo, Takeshi Hongo refused to fight him, due to his injuries caused by Urga Alexander, leaving Ambassador Hell to die instead. 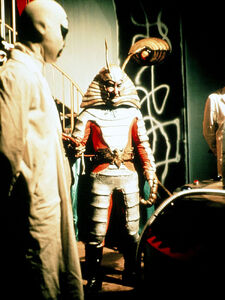 Ambassador Hell with a Shocker Scientist. 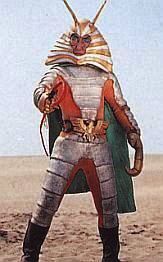 Ambassador Hell in the original series. 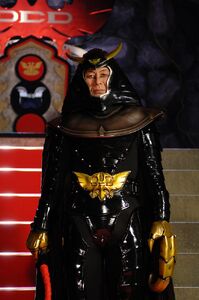 Ambassador Hell as a member of Dai-Shocker in All Riders vs. Dai-Shocker. 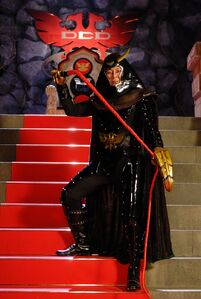 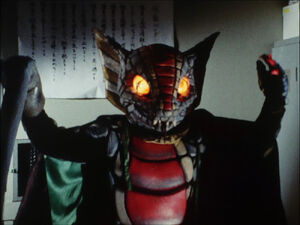 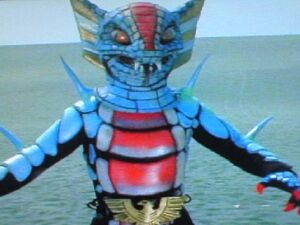 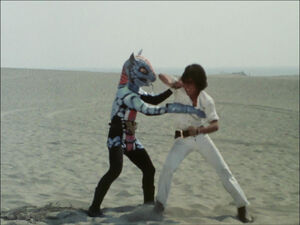 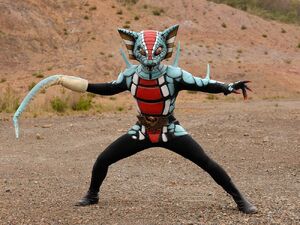 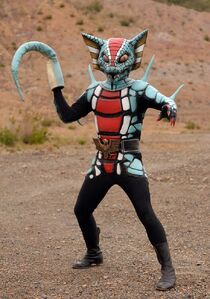 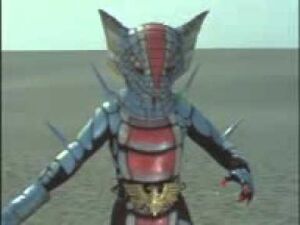 Kamen Rider 1 vs Garagaranda
Add a photo to this gallery

Retrieved from "https://villains.fandom.com/wiki/Ambassador_Hell?oldid=4248673"
Community content is available under CC-BY-SA unless otherwise noted.