Being complimented on his genius.

Ruin Toki's reputation and fame by impersonating him (partially succeeded).

Be recognized as a genius.
Become the world's ultimate martial artist.
Kill Kenshiro (all failed).

Amiba is a major antagonist and the main antagonist of arc's Miracle Village in the manga and anime Fist of the North Star.

Amiba was a young martial arts prodigy, he trained in the martial arts, Nanto Suichō Ken with Rei, but he was not chosen as successor leading to Amiba to leave and seek out his fame elsewhere. When Amiba arrived to the village of Miracles, he saw how Toki was able to heal others with his use of Hokuto Shin Ken and was revered as a messiah.

Seeking to learn Hokuto Shin Ken and become famous, Amiba approached Toki to teach him the martial art, but Toki politely refused to share his knowledge with Amiba due to the vows of Hokuto Shin Ken necessitating his silence. Angered, Amiba resolved to figure out the martial art himself and prove his genius to the world. The Cocky Amiba, eager to prove his skill over, Toki, insisted on healing an elderly man villager who he almost killied an elderly man in his experiments. This caused Toki to intervene, rushing past Amiba and easing the old man's injuries, accidentally lightly brushing his hand against Amiba's face when running by him. Furious by this and all of the praise towards Toki, Amiba subsequently swore revenge on both Toki and the Village of Miracles.

Later on, he teamed up with Jagi, who helped make Amiba resemble Toki and even scarred his back with a club to recreate Toki's scar. Amiba then learned enough Hokuto Shin Ken techniques from Jagi to successfully impersonate Toki. With the real Toki imprisoned in Cassandra, Amiba tarnished his image and tortured both civilians and martial artists with his experiments.

He performed "new pressure point tests" on living humans and reported his findings to Raoh. He also claimed that he could learn any martial art under short periods. He develops a style imitating Hokuto Shinken, which he names Hokuda Shin Ken (北蛇鍼拳, Hokuda Shin Ken/"Needle Fist of the North Snake") in Ten no Haō. Kenshiro finally used Zankai Sekihoken, causing Amiba to involuntarily walk over the edge of a high-rise building. 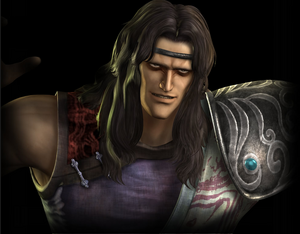 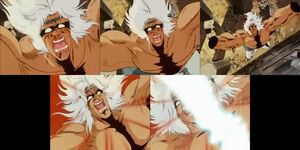 Amiba falling to his death, his body exploding on impact. 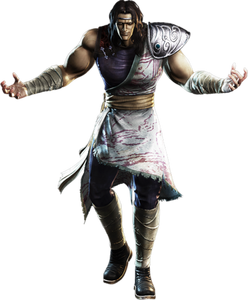 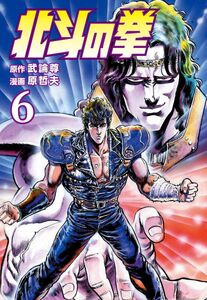