Can merge other viruses with their DNA

Aspire to become the worst villains ever

To become the greatest villains in Townsville's history.

To be arrested and be sent to prison after committing the greatest crime in history.

Incompetent Criminals
The Amoeba Boys are the three criminals in The Powerpuff Girls series.

They are voiced by the late Chuck McCann.

As their name implies, they are a gang of amoeba who were originally featured in McCracken's original short, Whoopass Stew.

They reappeared in the World Premiere Toons segment "Crime 101". With their gangster affectations, these aspiring criminals would love nothing more than to be regarded as serious villains worthy of fighting, and even getting beaten up and sent to jail by the Powerpuff Girls. Unfortunately, their brains are far too primitive to devise a crime above the level of littering or jaywalking (in contrast to the original short, where they are seen having successfully robbed a bank and using their semi-solid bodies to stick to the girls and create a dilemma for them); indeed, they considered stealing an orange to be their greatest crime ever (in the episode "Divide and Conquer").

They are definitely Townsville's least malicious villains, even having a friendship-of-sorts with the Powerpuff Girls. They are generally harmless, but their actions have on several occasions endangered both the girls and the town purely by accident. The greatest threat they have posed to Townsville and the girls was in "Geshundfight," when they each caught a cold that, when merged with their DNA, created a severe virus that quickly spread through the city, making even the healthiest person fall ill instantaneously. It wasn't until the girls, who were also infected, acquired their DNA (after a brief and very easy fight, despite the fact they were all very sick) so Professor Utonium could create a vaccine he soon dispensed to the town, curing them just as quickly.

The biggest act of villainy they've ever committed was successfully stealing every orange in town, which caused everyone to get scurvy. They were able to do this when seeing an orange split into it's segments triggered something in their minds which made them undergo Mitosis and divide to great numbers. Fortunately the girls were able to merge all the copies back into the original criminals and locked them up.

The Amoeba Boys appeared in the rock musical episode "See Me, Feel Me, Gnomey", where, like other villains, they are seen causing chaos and terrorizing people in Townsville. Yet, when it comes the Gnome, he is responsible for eliminating all the villains, including the Amoeba Boys, but later, when all the villains revive, the Gnome loses power.

They are also seen along with all the villains singing "Why Can't We All Get Along?". 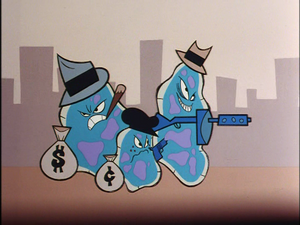 The Amoeba Boys, as they appeared in their debut episode, the 1992 short, "Whoopass Stew". 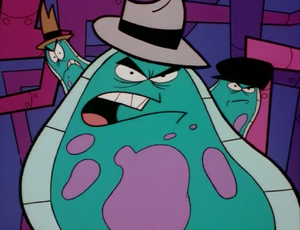 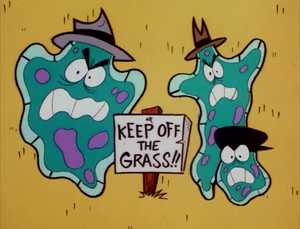 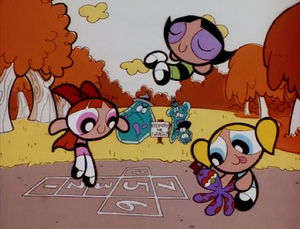 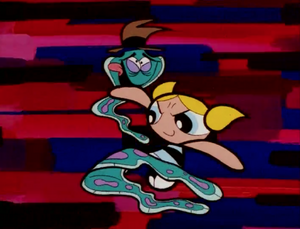 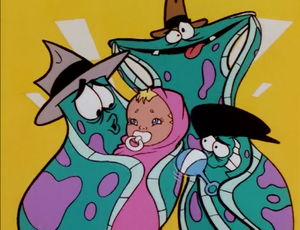 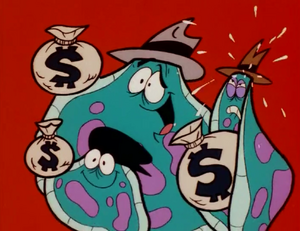 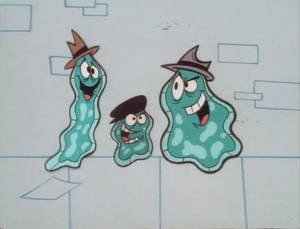 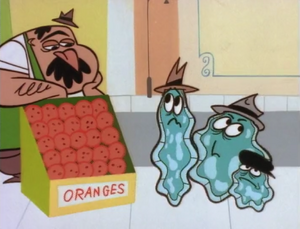 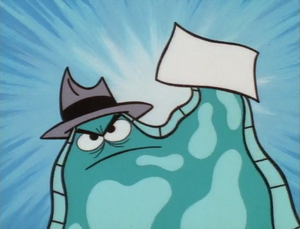 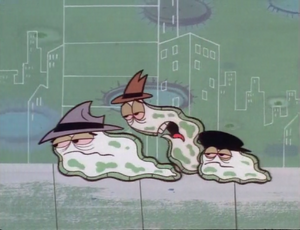 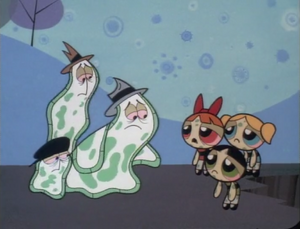 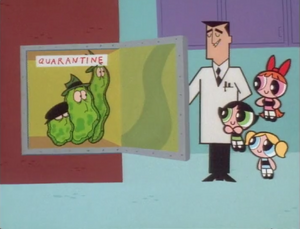 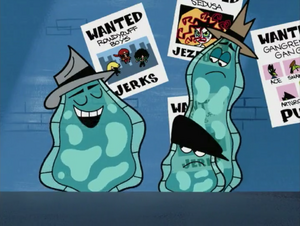 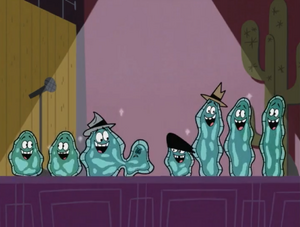 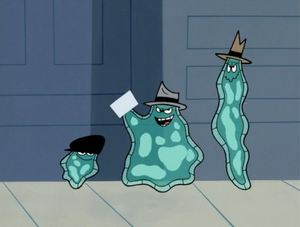 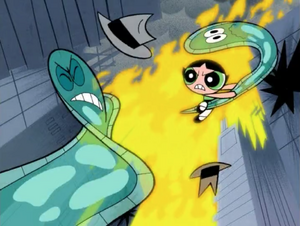 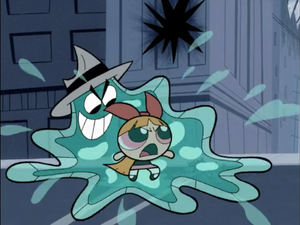 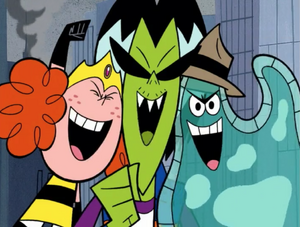 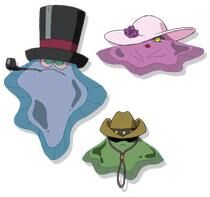 Amoeba Boys in PPGZ.
Add a photo to this gallery 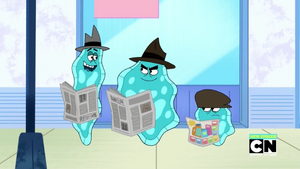 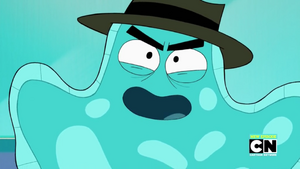 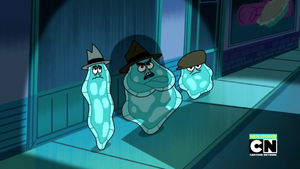 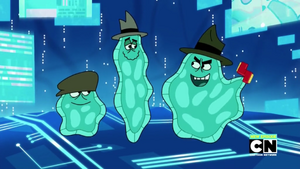 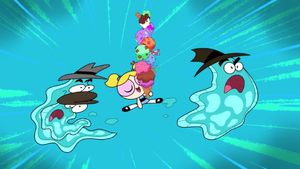 Retrieved from "https://villains.fandom.com/wiki/Amoeba_Boys?oldid=4144883"
Community content is available under CC-BY-SA unless otherwise noted.