Leader of the Forces of Amon
Master of the Hybrids

Destroy all of the Xel'Naga's creations (failed).

Merge the Protoss and Zerg genetics together to create "Hybrids".
Put an end the the Infinite Cycle (both succeeded)
Exterminate all life in the universe to then remake it as he sees fit (failed).

Amon, otherwise known as the "Dark Voice" or the "Fallen One", is the overarching antagonist of the StarCraft franchise.

He is a malevolent and a rogue Xel'Naga connected to the Void who engineered a plot to destroy Xel'Naga and their Infinite Cycle in order to remake the universe in his image. He is master of the Forces of Amon and the creator of the Protoss and Zerg, which he intended to merge with each other to create Hybrids as part of his plan to destroy all of creation.

When the Xel'Naga began uplifting the Zerg, they created the Overmind to control and direct the hive mind, so as to try and avoid the "failure" with the protoss. But the Overmind was not given free will. It was given an overriding directive to obliterate the protoss. Amon had a hand in this. Amon saw the Zerg as a valuable tool, appreciating their ability to consume essence from other organisms. He thus bound them to the will of the hive mind, with only the Primal Zerg escaping his control.

While Amon ultimately planned to eliminate the Zerg, he considered the Hybrids to be proof of the Zerg's success in his greater plan. He intended to enslave the Zerg and use them and the hybrids to wipe out the Terrans and Protoss. Once the hybrids were dominant, he would dispose of the zerg and reshape all life in his own image.

At some point prior to the Great War, Amon ceased to live. However, his influence on the Overmind and the Zerg Swarm still remained, and work on the hybrids still continued.

The Overmind was not blind to its plight. It foresaw the apocalyptic outcome if Amon, whom it called "the Fallen One", was victorious. The creation of the Queen of Blades was largely the Overmind's attempt to free the Zerg and prevent that future. In the future it glimpsed at, Amon recognized the threat that Kerrigan posed.

Kerrigan was reborn as the Queen of Blades after Amon's death. Because of this, while she still felt his lingering influence over her, and had her personality twisted, she was effectively an individual, as opposed to the Overmind.

Four years after the Overmind's death, Tassadar, now in spirit form, passed on the creature's vision to Zeratul, who made sure to warn Jim Raynor of Kerrigan's importance and to ensure her survival. Zeratul wondered if Amon (who he only knew as the Fallen One at the time) was a Xel'Naga. Regardless, Raynor followed through, and successfully de-infested Kerrigan on Char through a Xel'Naga device, freeing her of Amon's taint.

After returning to the Koprulu Sector, Kerrigan was contacted by a resurrected Alexei Stukov, now an infested terrain. He pointed her to Skygeirr Platform, which was producing hybrids under the direction of Doctor Emil Narud. Kerrigan and her forces fought her way through the station, defeating Narud's forces which included Dominion troops, Hybrids, and Tal'darim protoss. Eventually, she found her way to the Xel'naga temple beneath it. There, she battled Narud, revealed as a servant of Amon. Kerrigan defeated the shapeshifter, but in his last moments, Narud revealed that Amon was alive and would be returning soon.

Although Kerrigan nearly died, she was able to glimpse into Narud's mind before he died as well. Having initially assumed that Amon was permanently dead, she discovered that he was in fact alive. She realized that after killing Mengsk, she would have to face Amon one day, as somehow, Narud was successful in resurrecting him. After defeating Mengsk on Korhal, she departed to do battle with Amon.

Reflecting on her fight with Narud, Stukov speculated that the Xel'Naga device used to de-infest Kerrigan may have actually had a hand in somehow reviving Amon. He noted that the original Queen of Blades had tremendous power and that the device couldn't just simply erase it, surmising that it had to "go somewhere." As eventually noted by protoss phase-smith Karax, this was indeed the case as the device, called the Keystone, absorbed the void energies within the Queen of Blades while on Char and that energy was used for Amon's long-awaited revival.

Legacy of the Void

On the dying world of Atrias where Amon was resurrected, Amon ordered the Tal'darim Highlord Ma'lash to ready his people for war and await further instruction. Not long afterwards, the Daelaam launched an invasion of Aiur to retake it from the zerg, but Amon announced his presence to the Daelaam by infiltrating the Khala and brainwashing all Khalai protoss to his will, effectively rendering the Khala a hive-mind of sorts for the protoss and causing the start of the End War.

Using this means, Amon took control of the Golden Armada and used it, Moebuis Corps (a military division of Terrans enthralled by Amon's hybrids), and his own zerg brood to launch his attack on all life in the Koprulu Sector, leaving little to no known survivors on every planet he invaded. In the meantime, he kept a number of posessed protoss back on Aiur and spent much of the End War merging them and many zerg into a host body for him to inhabit sustainably.

Slowly but surely, Artanis won battle after battle against Amon's forces, dwindling his reserves until finally the new protoss alliance launched a second invasion of Aiur to destroy the host body and use the keystone to remove Amon from the Khala while persuading the Khalai to sever their nerve cords to Amon would have no Khala to possess again. The Khala did so and Amon was thus forced back into the void, his millenia-old plans in ruins.

Knowing that Amon would eventually repeat the cycle of war and death in the distant future however long away that was, Kerrigan contacted Artanis and Raynor with the intent to invade the void and destroy him there as any Xel'Naga who die in the void are erased from existence. This invasion of the void succeeded despite many obstacles and Kerrigan, now a Xel'Naga herself, personally killed the Dark God at long last, removing his threat forever. 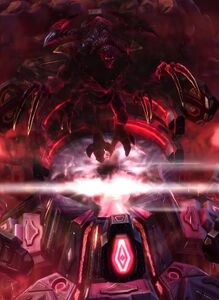 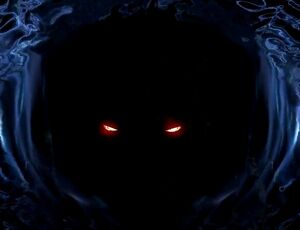 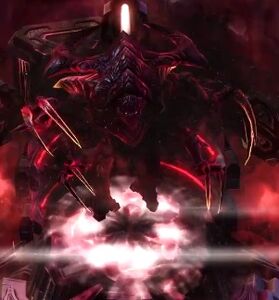 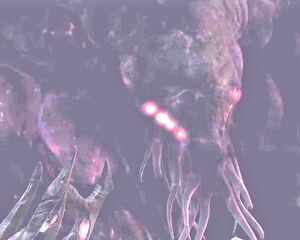 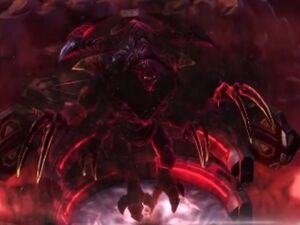 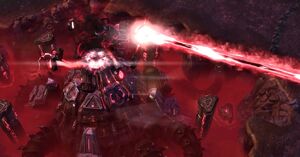 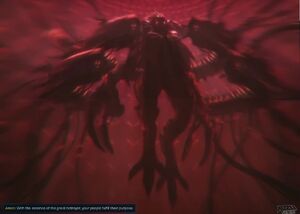 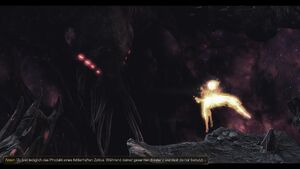 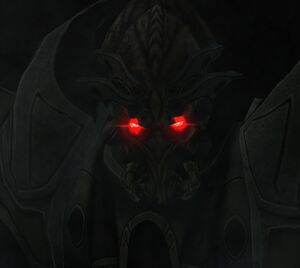