Find a surrogate for their lost children (common goal with other Great Ones, succeeded in Childhood Ending only).

Amygdala is one of the Great Ones that appears as a minor antagonist and a boss in Bloodborne.

Amygdala appears to be a revered Great One due to its numerous statues that appear in the Cathedral Ward and in Yahar'gul, the unseen village. One of its most devoted followers is Patches the Spider, who offers sacrifices to Amygdala using the Tonsil Stone to warp people to its lair in the Nightmare Frontier. At the end of the frontier is a stone tower, which Amygdala jumps down from to ambush the hunter. Managing to slay the beast grants the Ailing Loran Chalice, which opens the Ailing Loran Chalice Dungeon if used at a Ritual Altar.

Amygdala is a monstrous entity with a spider-like body, a short tail, and what appears to be a fly-like head with many bulbous eyes that bulge when it uses its arcane attack. It has six-fingered hands on its eight arms, and reptilian talons on its two legs. Unlike the Lesser Amygdala, Amygdala does not have tentacles on its head.

It is unknown what Amygdala is like or what it has to do with the Lesser Amygdala, but it is said that the Great Ones are "sympathetic" in nature, so it is believed that it wants to watch over humanity and "help", humanity's inability to comprehend them complicating such an ideal.

It is worshipped by humanity as a deity, the School of Mensis having various statues of it found all across its architecture. It also seems to desire human sacrifices, as one of its followers - Patches the Spider - sends humans to it to be offered in tribute on a regular basis.

Not much is given on what sort of powers Amygdala possesses, but it can be assumed that it has all of the basic powers of a Great One. Amygdala is immortal, having lived through a considerable sum of humanity's history, but its flesh-and-blood nature makes it able to be killed by mortal means. Like all Great Ones, its very presence grants people insight, essentially boosting one's madness. 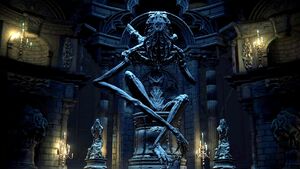 A statue of Amygdala found in the School of Mensis.
Add a photo to this gallery 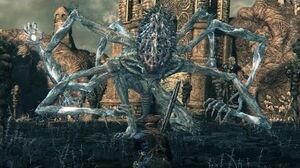 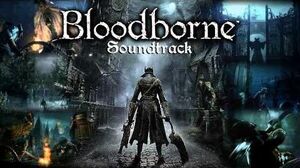 Bloodborne Soundtrack OST - Amygdala
Add a photo to this gallery

Retrieved from "https://villains.fandom.com/wiki/Amygdala_(Bloodborne)?oldid=3766967"
Community content is available under CC-BY-SA unless otherwise noted.