Villains Wiki
Register
Don't have an account?
Sign In
Advertisement
in: Mature, Articles under construction, Paranoid,
and 18 more

Take control over his wife.

Control Freak
An Jiahe is the main antagonist of the 2001 Chinese TV series, Don't Respond To Strangers - Domestic Abuse.

He was portrayed by Feng Yuanzheng.

Whilst being a successful surgeon from the city of Xiamen, and apparently a good man from the outside, Jiahe has a darker side. In his dark personality, he is actually an abusive, mentally disscioative and paranoid control freak, who doubted his wife's fidelity (due to discovering her dark past of being raped by fugitive Gao Bing). Showing a fear and hate over fidelity, he would go extreme and tried everything to control the life of his wife, to the point of domestic abuse. He would even kill anyone that tried to stop him.

An Jiahe was born in a small family, and his parents died in a young age, making him to raise his younger brother, An Jiamu, alone. After he had grown up, Jiahe had became a successful surgeron and married his first wife, Zhang Xiaoya, but the tension between them soon surfaced when Jiahe had doubted his wife's fidelity and abuse her, causing her suicide.

Later, he married his second wife, Mei Xiangting (the series' protagonist), but soon got angry at her after learning she was once raped by Gao Bing, a convict who had just got himself out of jail. It instantly caused a rift between the couple, and An Jiahe sought to violence in order to keep his wife docile at him. 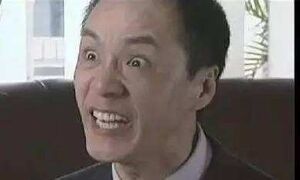