Commander of the Delaz Fleet

Gloating about his ideals.

Anavel Gato is the second-in-command of the Zeon remnant faction Delaz Fleet and the secondary antagonist of the 13 episode OVA Mobile Suit Gundam 0083: Stardust Memory.

Prior to serving the Delaz Fleet, Anavel Gato was a Zeon flying ace who participated in the One Year War, earning himself the nickname "Nightmare of Solomon" for managing to single-handedly holding off the Earth Federation forces at the Battle of Solomon.

One Year War and aftermath

During the One Year War, Anavel Gato participated in the Battle of Solomon, where he earned the nickname "Nightmare of Solomon" for managing to hold back the Earth Federation forces all by himself, thereby allowing the Zeon forces to retreat

Gato later joined up with Aiguille Delaz's fleet during the Battle of A Baoa Qu. Upon hearing of Gihren Zabi's assassination, Gato retreated with the rest of Delaz's forces.

As the first step of Operation Stardust, Gato infiltrated Torrington Base and hijacked the Gundam prototype "Physalis", as well as its nuclear warhead before escaping back to space and rendezvous with the Delaz Fleet. He later used the Physalis's nuclear weapon to destroy the Federation fleet at Solomon, "Konpei Island" a renamed Solomon.

Gato fought several times against the Federation pilot Kou Uraki, with a rivalry developing eventually developing between the two. During the second battle of Konpei Island, Gato's Physalis was destroyed, though he later received a replacement in the AMX-002 Neue Ziel.

After Cima and her forces betrayed the Delaz Fleet and took Aiguille Delaz hostage, Gato launched a fierce attack on Cima, but Delaz urged him to go through with Operation Stardust. As he makes preparations to drop Island Ease on North America, Nina appears and pleads with him to stop. Kou then arrives and shoots him, but Gato survives and goes to his mecha. He then fights Kou one last time, but their duel is interrupted when Bask Om fires at them with the Solar System II.

After him and his men are surrounded by Federation Forces, Gato orders his remaining troops to charge for the Axis Advanced Fleet. During the fight, Gato dies when he performs a suicide attack with his the Neue Ziel on a Federation cruiser. 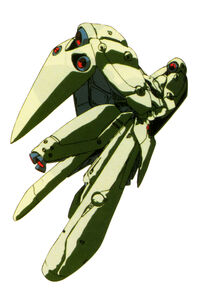 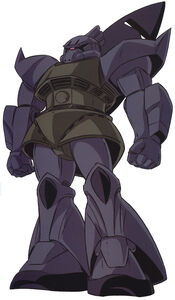 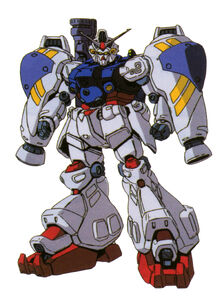 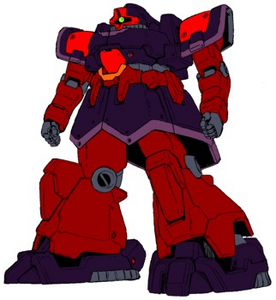