Anchorage Water Demon is an antagonist of the Kantai Collection series who first appeared as the E-5 Boss of the Spring 2015 Event. She is one of the minions of the Abyssal Fleet.

She was voiced by Mikako Komatsu and drawn by Akira.

Her Under Attack line during combat has laughing and giggling, which is seen as by many fans as sadomasochistic. Due to this, she's usually given a yandere personality. 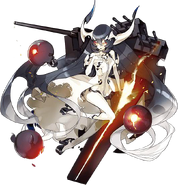 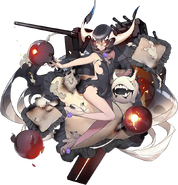 Retrieved from "https://villains.fandom.com/wiki/Anchorage_Water_Demon?oldid=3574875"
Community content is available under CC-BY-SA unless otherwise noted.