Leader of the R.O.B. Squad
Sorcerer
Member of the Subspace Army (formerly)

The Ancient Minister is the central antagonist for the majority of the Subspace Emissary from Super Smash Bros. Brawl. He appears to be the leader of the Subspace Army and controls the R.O.B. Squad and their deployments of Subspace Bombs.

He is considered to be a tragic villain (an antagonist who does not truly intend to be a villain), as he truthfully regretted his actions of bringing the World of Trophies into Subspace under the orders of Tabuu and he was coerced into doing so.

The Master Robot was once the leader of the robots living on the Isle of Ancients. Tabuu showed up and ordered the robots to be his servants, threatening to use violence should they refuse. The Master Robot had no choice but to accept Tabuu's offer. Using the technology of their island, the robots made Subspace Bombs to bring parts of the World of Trophies into Subspace. In shame of being forced to follow Tabuu's bidding, the Master Robot took the disguise of the Ancient Minister.

At the end, he was betrayed by Master Hand's henchman Ganondorf to die in the explosion of the Isle of the Ancients, but he resorted to his true R.O.B. form and joined the heroes in the quest to defeat Tabuu.

A trophy of the Ancient Minister is unlocked after completing the Subspace Emissary.

The Ancient Minister became a Spirit by the powers of Galeem, and appears in the Mysterious Dimension sub-map in Dharkon's Dark Realm in "Adventure Mode: World of Light". He has become an Ace Neutral-type Primary with two support slots. His Spirit Battle is against four R.O.B. equipped with Bombers. They are very resilient to explosive attacks and the screen occasionally flips. 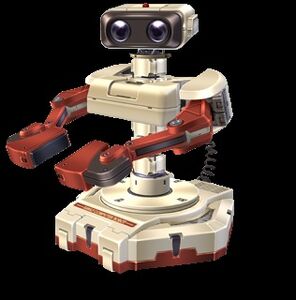 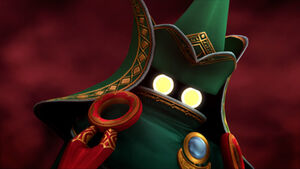 The Ancient Minister peering down at a bombing area.
Add a photo to this gallery

Retrieved from "https://villains.fandom.com/wiki/Ancient_Minister?oldid=3257349"
Community content is available under CC-BY-SA unless otherwise noted.