Become the most powerful fighter in existence (failed).

Ogre, also known as Ancient Ogre is a major antagonist from the Tekken series. He is a powerful Aztec god of fighting and an alien. He is the main antagonist of Tekken 3 and the Devil Within minigame in Tekken 5. Ogre is the Tekken videogame series first main villain who is not a member of the Mishima family. Though his power equalized to that of Devil and the Mishima clan.

Apparently, it is impossible to approach Ogre or try to speak with him. He feels no pity or remorse at all. At least not for any living being on Planet Earth, as shown in his story and endings.

Ogre was a bio-weapon left on Earth by an unidentified race of aliens millennia ago and eventually became known to the Aztecs, who regarded it as “the God of Fighting”. In the present day, Heihachi Mishima sent his elite military squad, the Tekken Force, to search an ancient Mexican temple. However they were utterly destroyed by Ogre and Heihachi sought to capture him, so as to use him to create the ultimate lifeform. Meanwhile, Ogre began attacking martial artists around the world, absorbing their ki and skills into himself. This eventually led him to Jun Kazama and her son, Jin. Ogre and Jin battled with the alien apparently emerging victorious, knocking Jin out. When he awoke, he found Ogre and Jun gone and swore to avenge Jun, thinking the alien killed her.

5 years later, Heihachi organized the King of the Iron Fist Tournament 3 so as to draw Ogre in. It worked and the alien did indeed take part, eventually fighting Paul Phoenix. Paul succeeded in defeating Ogre, but he assumed the form of True Ogre and the tournament continued. Ultimately, True Ogre faced off with Jin Kazama again and was defeated, his body dissolving away.

In his ending, Ogre stood on top of the burning temple that the last fight took place in, before changing into True Ogre. Two helicopters flew towards the temple, only to be destroyed by True Ogre’s flame breath.

Heihachi had his scientists gather samples of Ogre’s DNA, planning to combine it with his own to turn himself into an ultimate life form. But this was unsuccessful and the scientists told Heihachi he needed the Devil Gene to successfully take in Ogre’s DNA.

After Pandora arrived on Earth, Ogre sensed it calling to him. Finally, he awakened, noting how the voice of Pandora sounded like that of the aliens that created him and saying it was finally time. Ogre set out to find Pandora, defeating the other fighters seeking it. When Ogre reached Pandora, he comes across another fighter; Akuma. Ogre could immediately tell that Akuma was a much more powerful fighter than any others he'd encountered. Shortly after, Ogre and Akuma challenged each other to see who was the superior fighter. In the end, Ogre manages to defeat Akuma. After defeating the powerful fighter, Ogre approached Pandora, and as he got closer to the box, it opened. Ogre disappeared into Pandora and it headed into space, taking him back to the aliens who’d left him on Earth. When Ogre awoke, he found himself before many mechanical versions of himself and realized he’d been sent to Earth to gather strategic information. This data was passed along to the alien army, making them stronger and opening the path for them to conquer Earth.

Ogre makes an appearance as a enemy in Namco X Capcom.

True Ogre is every character's final boss in Tekken 3. Once Ogre is defeated by the player in, Tekken 3 he will absorb Heihachi Mishima's body to evolve to True Ogre. However if you are using Heihachi he will absorb Jin Kazama's body instead. True Ogre also has all of Ogre's moves and retains the same fighting style with some added moves.

Ogre's second form stands not much taller than its first, but is hunched over to an extent. In this incarnation, he barely resembles a human, with a large frame, dark brown fur, a monstrous face, a tail, wings, horns and snakes in place of a left arm. All of the jewelry Ogre wore in his previous form disappear, save for one leg armlet. Also, in this form, the area surrounding him will dim to an eerie pitch black (in Tekken 3), or extremely dark (in the arcade version of Tekken Tag Tournament).

He is more of a howling beast in this form as he loses his ability to speak and gradually roars, he simply seems to just attack and absorb those that come to confront him.

Ogre is an extremely powerful fighter, possessing superhuman natural abilities and he mostly utilizes moves taken from various other Tekken fighters, though still with a few of his own. Ogre also seems to possess telekinetic powers, which he uses to throw other fighters around, and can fly, even when not in his winged form. He is able to assume the more powerful form of True Ogre, where he can breath fire, fly with his wings, and teleport. 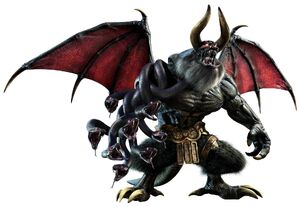 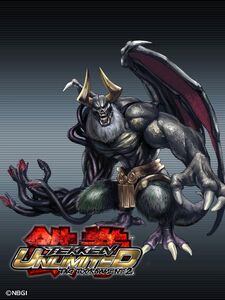 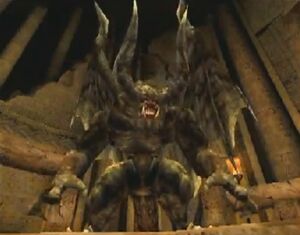 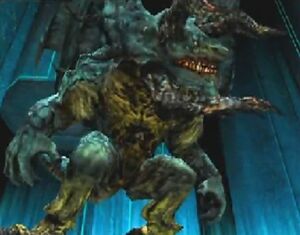 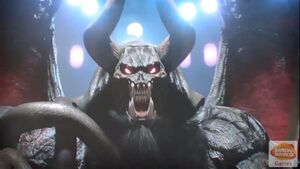 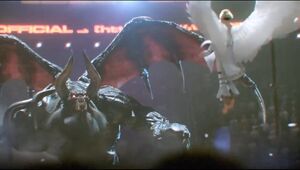 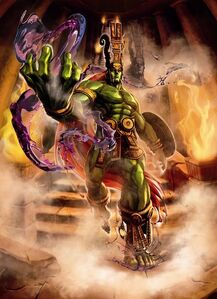 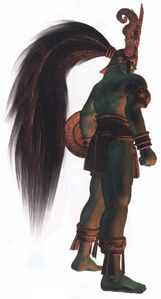 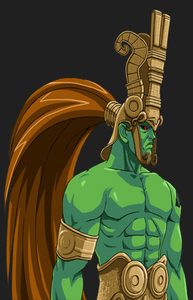 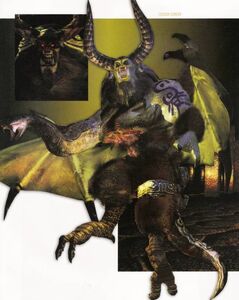 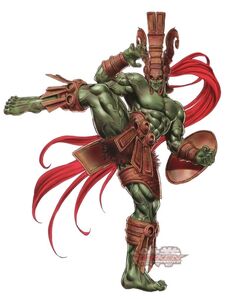 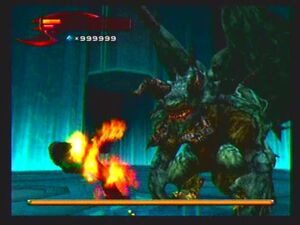 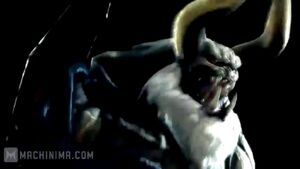 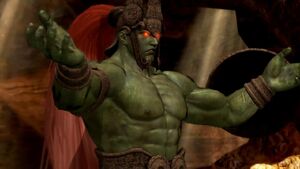 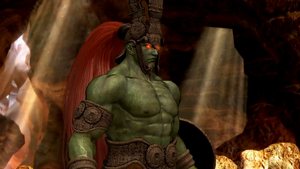 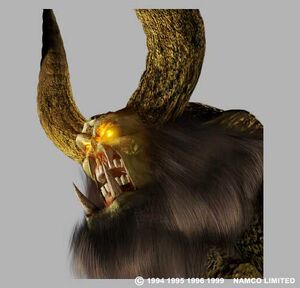 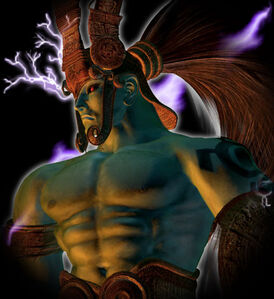 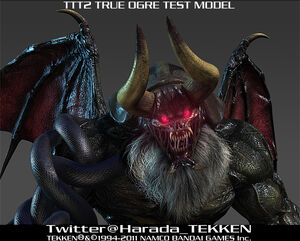 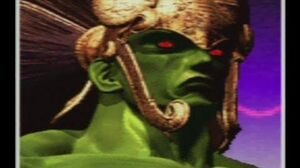 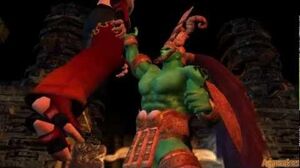 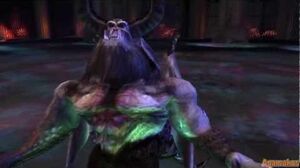 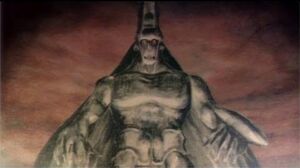 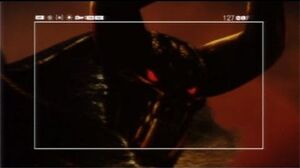 Retrieved from "https://villains.fandom.com/wiki/Ancient_Ogre?oldid=3201228"
Community content is available under CC-BY-SA unless otherwise noted.