Monsters in The Facility created by their powers (manifestations)

Taking time in purging humanity and having fun while at it.

Making The Ritual increasingly more difficult and impossible.
Toying with humanity's desperation for continual existence and their powerlessness.

The Ancient Ones, also called the "Ancients" are a mysterious and terrifying race of blasphemous gods and the overarching antagonists of the 2012 comedy/horror movie The Cabin in the Woods. Eons ago, they lived on Earth and ruled all long before humans. They sleep under the earth and require blood from a series of ritual sacrifices to stay sleeping for at least another year. In the case the ritual fails, they will wake up and destroy all of humanity.

The Ritual has been performed in one way or the other since the beginning of human history, being itself a primitive form of worship towards the Ancient Ones. Hadley rants that an undisclosed time ago, the Ritual was as simple as throwing a girl into a volcano but as time went on, the desire for entertainment grew within the Ancient Ones and so they began changing the rules of the Ritual that had to be performed verbatim or they would unleash their wrath.

At some point within the modern times, The Organization assembled due to the need for an organized effort to ensure a successful ritual to keep the Ancient Ones satisfied, including setting up facilities to perform several attempts around the world simultaneously, probably having a facility director as the communication link between the Ancient Ones and mankind. Given the nature of the Ritual, it is hinted that most global governments know about it on a top-secret level, collaborating with resources and possible victims in a global conspiracy.

Every single nightmarish and bloodthirsty monster is a manifestation of the Ancient One's desires for the punishment of human youth, and they are under the Ancient Ones' control. All the monsters were let loose during the System Purge in which the workers at the Organization fall victims to the multiple monsters.

Marty Mikalski and Dana Polk escape the Purge and find the Ancient One's pit where they personally meet the Director who explains their situation. She tells Dana to shoot Marty, but Dana is attacked by the Werewolf, and the Director is attacked by Patience Buckner, who falls into the pit. Marty and Dana sit back and wait for the Ancient Ones to come, and one of them reached their hand and completely crushed the Facility and the Cabin.

Only seen briefly, they are shown to be gargantuan, lava-like humanoid creatures that dwell deep within the Earth's surface. Sentient and largely powerful despite being dormant, they are the source of power that ultimately controls (and possible creates) all of the monsters in every single facility around the world.

It is hinted that while they are not omnipresent nor omniscient, they can oversee a large context of simultaneous events around the world, as well as being ready to destroy mankind with little effort at any time. The full extent of their powers is unknown.

It is written in the original script that the Director tells both "The Virgin" (Dana) and "The Fool" (Marty) that there are many dormant Ancient Ones, one under every country, who lie sentient unless the ritual fails.

The main iconic concept is a clear homage/parody on the Cthulhu Mythos by the late revered author, H.P. Lovecraft, as their might and true power is only hinted at, anger and source of peril towards humans but never depicted in detail, being more of a manifestation of abstract concepts such as primal fear of the unknown and the unbound hand that destroys the world.

However, they could be a modern take on the Titans of Greek mythology and similar old mythological chaos creatures that tormented early humankind in most cultural backgrounds. There is an overwhelming amount of references to older deities in ancient religions including not only the Greek, but also the Roman, Mesopotamian, Babylonian, Sumerian, Minoa and Vedic religions. Even in monotheistic religions such as ancient Judiac and Christian lore, there are similar ancient antagonists, such as the Nephilim, Satan, the Behemoth, the Leviathan, and other symbolic creatures mentioned by Biblical authors such as Daniel and Jesus's apostle John in the Book of Revelation. Another suggestion would be Aztec and Mayan gods, who are also known too for their brutal human sacrifices.

In the metafiction meaning, the whole film is a criticism to horror film clichés and conventions, down to the point of having the American Ritual itself as a play on the final girl trope. Given this fact, the Ancient Ones are a postmodern way the film authors (Drew Goddard and Joss Whedon) have their say on how the horror film fans have grown old of primal fears in films, constantly asking for different and more elaborate experiences in horror fiction that has ironically lead to many more cliché filled films and a decadence on the genre. In other words, the Ancient Ones are the public itself that is watching the film. 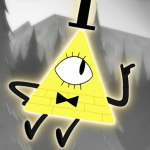