Stephen King's Storm of the Century

Killing people (either by his hands or making them kill each other).

Orchestrating the deaths of others in deserted towns and islands as both disappearances and mass suicides.
Invading the dreams of others.
Knowing the fears and sins of other people.

To find a child worthy of carrying his legacy (succeeded).

André Linoge is the main antagonist of Stephen King's TV miniseries Storm of the Century. He is a 4,000-year-old wizard who carries a cane with a silver wolf's head on top of it with him. Linoge terrorizes the people of the small Maine town of Little Tall Island during a massive blizzard in the 1980s, ironically what they call the "storm of the century".

He was portrayed by Colm Feore, who also potrayed Laufey from Thor, The Dollmaker from Gotham, Donald Menken from The Amazing Spider-Man 2, and Randall Flynn from Revolution

What Linoge desires from Little Tall's citizenry is an heir, one of the 8 children in Little Tall he enchants. He reveals his true form (an impossibly ancient, dying man) and explains that, since he is not immortal nor a god, he needs someone to carry on his work once he can no longer do it himself. Linoge states that, "in matters such as this," he cannot simply take the child he desires, but he can punish.

If the townspeople refuses his request, he threatens to force them to march into the sea two-by-two, as he claims to have done at the infamously deserted English colony of Roanoke in Virginia centuries before. With that, he leaves the townspeople with one hour to make their decision. They decide to give in to his demand.

Andre Linoge explains that one child among the 8 sleeping local children would be chosen to be given to him via the test of 8 weirding stones (7 white stones and one black stone), special pebbles used in the art of divination to discuss and decide big matters for countles years long before the great island of Atlantis (according to Linoge) sank into the African ocean. And at the end of the test, that one child is Ralph Anderson, the son of town constable Mike Anderson. He then goes away with him. In time, he has succeeded in his quest to to turn his protégé into a mystical but deadly creature like him. 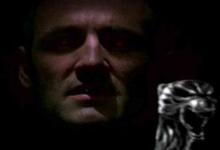 Andre Linoge with his cane. 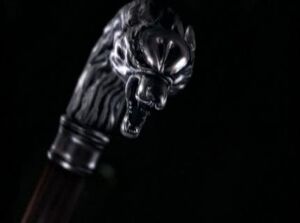 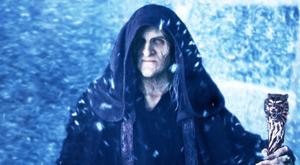 Linoge appearing as an old man. 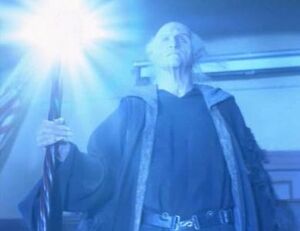 Andre Linoge revealing his powers and his long life span (as an old man) to the townspeople. 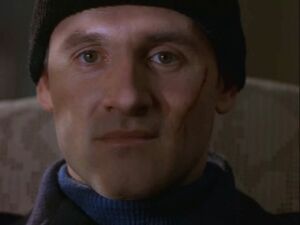 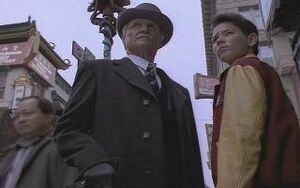 Andre Linoge with the now teenage Ralph Anderson.
Add a photo to this gallery

Retrieved from "https://villains.fandom.com/wiki/Andr%C3%A9_Linoge?oldid=3394360"
Community content is available under CC-BY-SA unless otherwise noted.