To become immortal with his wife.

Toulon was born in May 1, 1877. The youngest that anyone sees him is during Retro Puppet Master, taking place in 1902. In "Retro", André is a fairly successful French puppeteer, who owns the "Theatre Magique", along with his friends. One night following a show, Toulon stops an old man from being beaten to death and takes him in to care for him.

As it turns out, the man is Afzel, a sorcerer who stole the secret of life from the demon lord, named Sutekh, whose followers hired the men to mug him. During his stay with Toulon, he animates the puppets used in the show, though he tells him that this is not true life. Later, Toulon brings in the dead body of a beggar friend of his, leading Afzel to present him with a ring containing an extendable needle. With Afzel's guidance, Toulon pricks the beggar's neck and injects the needle into a puppet known as "Pinhead" and says magic words told to him by Afzel. Due to this, the puppet comes to life, signaling that it knows who Toulon is and what he has done, though Afzel pulls him away before Pinhead can signal whether or not he enjoys what has been done.

Later, Toulon is met with a young Belgian aristocrat named Elsa who enjoyed his show, only for the both of them to be taken back to the Belgian embassy by her bodyguards. Elsa's father tells her not to go out again and the bodyguards assault Toulon, leaving him out in the cold night. During this time, Sutekh's followers detect Afzel in the theatre and kill Toulon's friends and fellow puppeteers before Afzel kills himself so Sutekh cannot "lay claim" to him. When he returns, Toulon finds his friends dead and uses Afzel's technique to re-animate them within his puppets. Toulon addresses his friends (including the returned Pinhead as well as Afzel, residing in a puppet known as "Six-Shooter") by their puppet-bodies' names, and vows revenge. One puppet wielding small blades cuts a symbol of protection into his arm to aid in the quest. Shortly after this preparation, Toulon confronts Sutekh's followers (who sensed Afzel's magic being used again) in his theater, and along with the puppets kills one and incapacitates the two others. Afterwards, he plans to flee the country, saying there is nothing left for him in France. Sutekh magically resuscitates and re-empowers his other 2 followers, who continue in their plans to kill the puppet master. In their bid to do so, they capture Elsa and send a dream across the city telling Toulon of their location, aboard the caboose of a train.

Toulon and the puppets board the train in hopes of rescuing Elsa. The puppets kill one of Sutekh's men whilst Toulon himself throws another one off the train. With the threat temporarily ended, Toulon introduces Elsa to his "friends", and he and Elsa begin to profess their love for each other.

49 years later in 1926, Toulon is shown to have moved to Cairo with Elsa, where he has put on a puppet rendition of Faust starring his (presumed) seventh living puppet "Mephisto", to little popularity. An Egyptian man then sets fire to the stage and Mephisto, apparently using his mind, and the play is ruined. Later, the Egyptian confronts Toulon and his wife Elsa, telling them that he knows the ancient secret of life. He proves this by showing the two of them a goblin-like puppet, named Djinn, which moves of its own accord. He teaches Toulon this smoother form of reanimation, which the puppeteer uses to bring his later creations to life, making him even more popular with the crowds.

Puppet Master III reveals André Toulon's past and his coming into the magic of giving inanimate objects life. In this movie, André Toulon is revealed as an anti-villain. The film is set in 1941, World War II Berlin. A German scientist, Dr. Hess is comissioned by Gestapo Major Kraus to find a formula to animate corpses so that they can use them as shields on the battlefield.

André Toulon puts on a puppet show for children in which a puppet, called Six-Shooter, attacks a puppet reconstruction of Adolf Hitler. The show is attended by Kraus' driver, who informs Kraus that the puppets seem to have moved without strings, as the driver saw after the show. Kraus wants Toulon arrested for treason while Dr. Hess wants Toulon's formula.

Toulon gives his wife Elsa a puppet in her image. The Nazi's break into Toulon's house and attempt to take his puppets, Elsa tries to protect them, but Kraus shoots her. They take Toulon and his puppets away but Toulon allows Tunneler and Pinhead to kill the guards in his car. André heads back to his house, and animates the puppet of his wife into Leech Woman.

At some point André and Elsa move to Germany and settle In Berlin. Elsa and André have four new puppets, Tunneler, Jester, Pinhead and Six-Shooter. Tunneler, Pinhead and Jester are based on their friends: Joseph Sebastion (Tunneler), an American Soldier who was captured and forced to work in the salt mines by the Nazis; Jester, a book-keeper named Hans Seiderman who the Toulons liked for his love of jokes and who was shot to death by the Nazis; and Pinhead, a kindhearted man called Herman Strauss who was killed for smuggling food into a work camp (Six-Shooter's identity was never revealed). Elsa was murdered by Major Krauss when she tried to stop the Nazis from kidnapping André and the Puppets. André later went to a morgue with Pinhead and Jester, where they took the tissue from her corpse. Back at their temporary camp, André injects the formula that he made from the tissue into the puppet he made for her, resurrecting her as Leech Woman.

Toulon is first seen in the original Puppet Master, staying at the Bodega Bay Inn. He is shown to be hiding from Nazi agents there, and also shows a very deep affection for his puppets. He hides them as the Nazis break into his room, then shoots himself to prevent them from ever gaining the secret of life.

Toulon returns in Puppet Master 2, brought back from the dead by his puppets who reanimate him in the same way that he has animated them. He attempts to make himself a new body, but needs massive amounts of the animation serum to do it. To make the serum, he needs various pieces of people, so he sets his puppets off to murder a few. At some point he falls for a girl staying at the inn, believing her to be the reincarnation of his long dead wife Elsa (Puppet Master 3 seems to contradict this, as Elsa's soul is inside of the puppet, named Leech Woman). At the end, he betrays his loyal puppets in favor of the girl. Dismayed and enraged, the puppets turn on him, killing him.

Puppet Master 3: Toulon's Revenge serves as a prequel to the series, and recounts Toulon's encounter and subsequent battle with the Nazis, as well as the origin of Blade and Leech Woman.

The Demon and The Final Chapter

He appears briefly in Puppet Master 4 and Puppet Master 5: The Final Chapter, as a ghost of sorts, aiding the new Puppet Master, Rick Meyers in defeating The Demon Lord Sutekh. His soul is also inside of the puppet Decapitron. 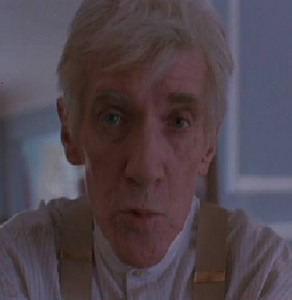 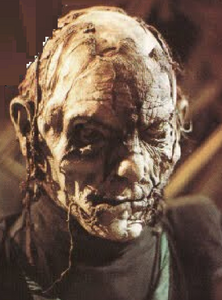 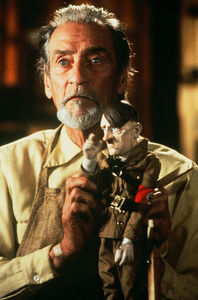 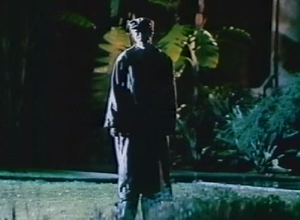 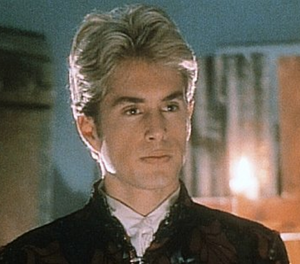 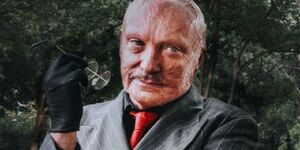 André Toulon in "The Littlest Reich" 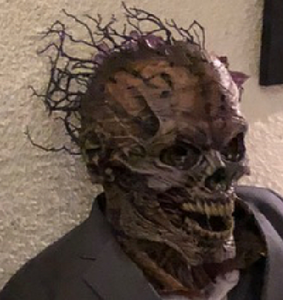 Monster Toulon in The Littlest Reich 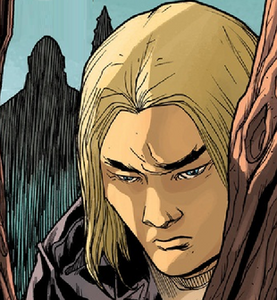 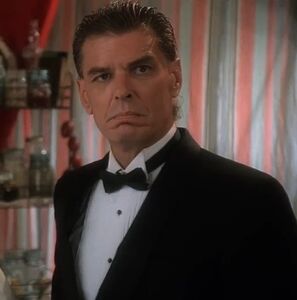 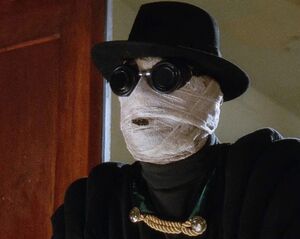 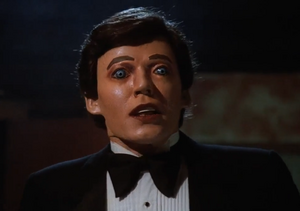 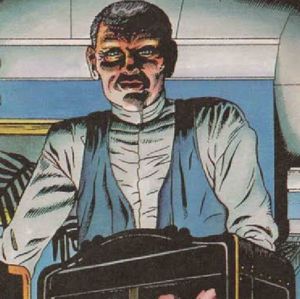 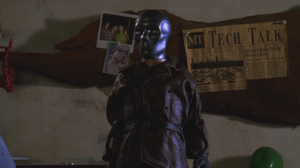 Decapitron form
Add a photo to this gallery
Retrieved from "https://villains.fandom.com/wiki/Andr%C3%A9_Toulon?oldid=3544735"
Community content is available under CC-BY-SA unless otherwise noted.