Andre is one of the minor antagonists from Kong: The Animated Series. He is considered to be Ramone De La Porta's rival.

He was voiced by Ron Halder.

Andre is the middle-aged man with short brown hair, brown mini beard and has brown eyes. He usually saw wear a deep green-yellowish turtleneck T-shirt, blue pants, brown jacket and the boots. He also has a scar on his left cheek. On the last episode when he arrested, he wears a black-white strip inmate cloth.

His first debut was in episode 6, Dragon Fire. After Giggles who become giant Komodo-dragon who stole a weapon for De La Porta, he and his man attempt to Kidnap him and bring him to his secret hideout on an offshore oil platform. On his hideout, Andre interrogates De La Porta about his primal stone, and he keeps refusing to answer it. He later being tricked by De La Porta when he asks him about using a cyber-links, he accidentally merges with Komodo-dragon and De La Porta attempt to escape. After Jason, Tann, and Lua arrive to save De La Porta, Kong forced a fight with Andre who now becomes the Komodo-Dragon monster to stop him. After kong defeats him and saves him, he and his man were arrested.

However, he with his man success to escape, several days later It is revealed at some point that he sold Crockett a laser that is seen in episode 20, DNA Land which Crockett tries to disavow to the public. He returns on episode 22, Blue stars when he poaching a whale in Greenland. When his man was stopped by kong, he decides to chase Jason to the lost City hidden in the ice. He stole Jason cyber-links and decide to return through an underwater passage as a Polar-bear monster, once again he fights with Kong and defeats He and His henchmen runaway from Kong.

Andre gets arrested and being jailed on the last episode, Interview with the monkey. Where Howling Jack interviews him about his encounter with Kong. 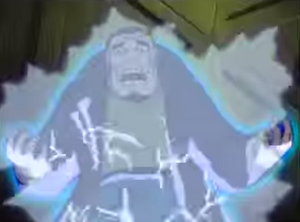 Andre first time use a cyber-link. 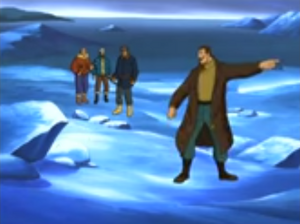 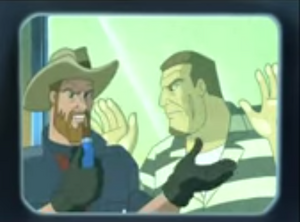 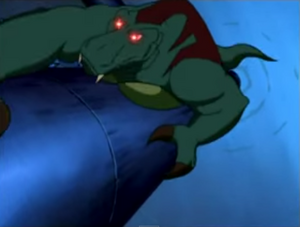 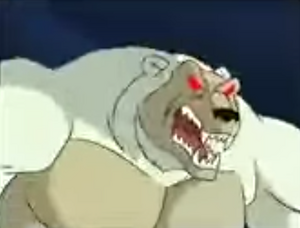