Guard for the Wish House Orphanage and the Water Prison

Andrew DeSalvo, also known as Victim 18, is a minor antagonist in Silent Hill 4: The Room. Andrew was a nervous man Henry comes across while the former is trapped inside a cell in the Wish House's Water Prison. He later is murdered by Walter Sullivan as his eighteenth victim as a part of 21 Sacraments and comes back to life as a ghost that serves as a mini-boss.

Before the events of the game, Andrew was hired by the Order as a watchman to look after the children at the Wish House Orphanage and the Water Prison. During the time, he was always drunk and abusing the children, and did not care whether the children kept or broke the rules.

When the protagonist of the game, Henry Townshend wakes up inside Water Prison he hears Andrew screaming to let him out from his prison cell. When he is free from the Water Prison cell by Henry the presence of a young Walter Sullivan appears and disturbed Andrew as he begs him for forgiveness. Andrew tells Henry that young Walter was really into that "mumbo-jumbo" which he means cult's teachings. He is later last seen drowned in the bloody pool with "18/21" carved into his abdomen inside Water Prison's torture chamber as Walter's 18th victim. Like every victim in the game, DeSalvo left an item behind that acts as a piece of his memory in Walter's Otherworlds, which is his shirt that during the second visit to the Water Prison has a hidden message written in wax.

Andrew's ghost later appears on the stairs leading to the basement of the Water Prison. The Victim 18 seems to be one of the most dangerous victims, as he can perform a barrel roll that deals a great amount of damage, and also has a very strong aura that will damage Henry faster than any other ghost would. Also unlike other Victims, pinning him is obligatory as he holds a key needed to leave Water Prison. 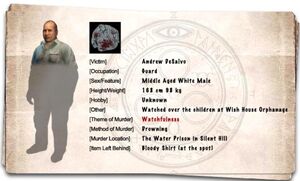 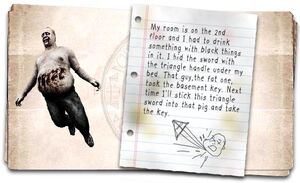 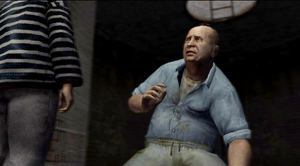 Andrew begs Walter to let him out of the Water Prison. 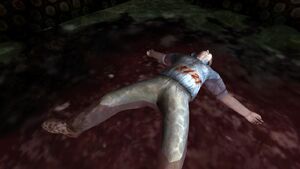 Andrew's ghost running around in circles. 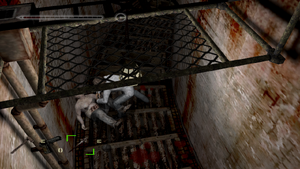 Andrew's ghost being stabbed with a Sword of Obedience. 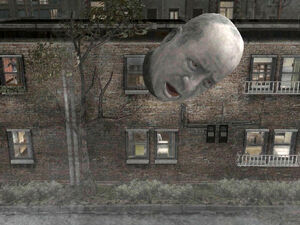 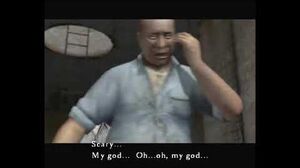 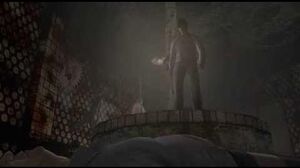 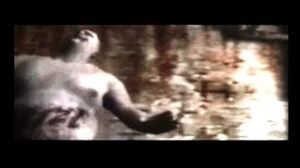