Invisibility (in one episode)

Hanging out with Nick

Andrew Glouberman is a major protagonist in Big Mouth. He is a nerdy thirteen-year-old middle school boy under the manipulation of his hormone monster, Maury Beverly. He is the best friend of series protagonist, Nick Birch.

He is voiced by John Mulaney.

Andrew Glouberman was born in 2005 to Marty and Barbara Glouberman, as seen in "The Planned Parenthood Show". Marty chose his name because he found it a fitting noise to yell it in anger. He grew up in a suburban household Westchester, New York. During his childhood, Andrew became best friends with series protagonist, Nick Birch, who was his fellow student at school and his distant neighbor at home. Over the years, he would also become friends with Jessi Glaser, Jay Bilzerian, and Missy Foreman-Greenwald. Overall, Andrew had a happy childhood, where his only concern was his dad being mean. Andrew's dad was kind of sick to him, yelling at him for nothing, insulting him, and blaming him for things he wasn't responsible for, like the cancellation of Two and a Half Men. Meanwhile, Barbara would sit around and do nothing, while she watched Marty's abuse toward Andrew unfold.

When Andrew became a teenager, he attended Bridgeton Middle School with his friends. Naturally, at this age, Andrew started going through puberty, which only meant that now, he had to start dealing with a hormone monster. His monster was Maury, who Andrew immediately hated. At first, Andrew tried to deny Maury's existence, seeing him as just a figment of his imagination that needs to be ignored. However, Maury made his presence louder and more unavoidable, when he started giving Andrew erections and pressuring him into masturbating at the worst possible times, like in the middle of class, during sleepovers with friends, or at funerals.

At this time, Marty was even more disrespectful to his son, insulting him and putting him down for being such a generally unpleasant sexual deviant. Marty didn't seem to understand that these were just natural effects of puberty and worked his damnedest to put Andrew down because of his sexual promiscuity and puberty-stricken body, which really only made Andrew's life even worse.

Although Andrew had his fair share of shitty moments at the start of the series, he was overall a good person with his flaws, just like every other character in the series. Andrew didn't truly spiral down a path of villainy Season 3, starting with its premiere, "My Furry Valentine", and hitting its epitome of bad in its finale, "Super Mouth".

Despite generally being the hero, Andrew has often done evil, villainous, and if not, just all-around bad deeds in the series, from hurting the people he loves, to destroying relationships, to sexually harassing women, to physically abusing handicapped people. Most of Andrew's hateful behavior stems from Maury corrupting his mind but there have been a fair share of instances in the series, where Andrew has done horrible things independently of Maury and ignored Maury's wise warnings, discouraging him from said behavior. Overall, Andrew is in control of his own actions, making him responsible for his own bad behavior. 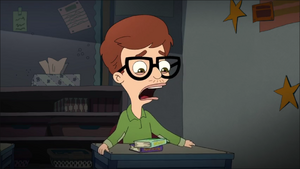 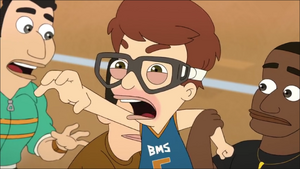 Andrew about to kill his dad. 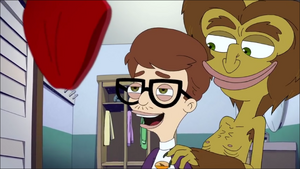 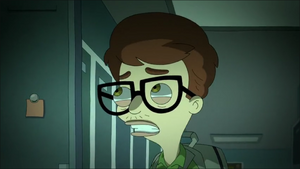 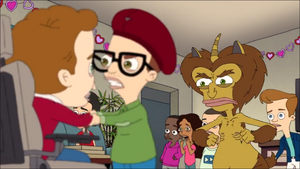 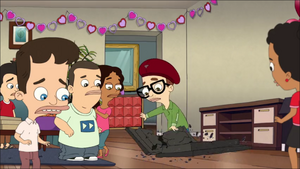 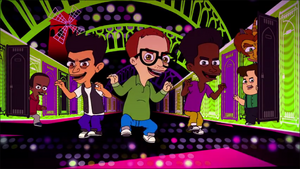 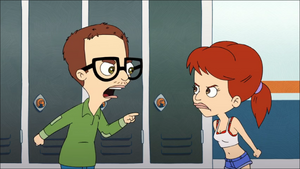 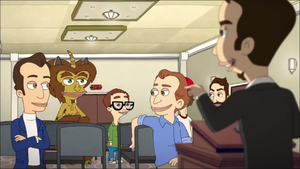 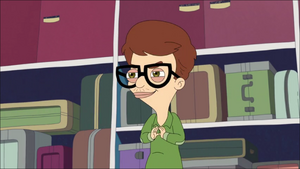