Villains Wiki
Register
Don't have an account?
Sign In
Advertisement
in: Mature, Totalitarians, Date A Live Villains,
and 28 more

Protect the DEM Building No.1 of Japan Branch.

Andrew Kersee Dunstan Francis Barbirolli or simply know as Andrew Carthy is a minor antagonist in Date A Live franchise. He appears as a minor villain in Volume 7 and Episode 9 in Date A Live II, and also appears in Date A Live BD Volume 4.

He is the Deus.Ex.Machina Industries' Wizard who was chosen by Ellen Mira Mathers to protect Tohka Yatogami in the Torture Chamber and prevent any attacker who is not an officer of the DEM Industries were killed and detained.

Andrew Carthy served as an internal security of the DEM Industries Building No.1 during of Battle of Tengu Heaven. He first appears when Ellen captured Tohka Yatogami in Tenou Event. He served Ellen Mathers as a security in the Torture Chamber and helped Ellen to question Tohka.

After Isaac Westcott have started the war out of the building, Ellen positioned all the security guards of the building on each perimeter. Ellen decided that Andrew should protect Torture Chamber and prevent any attacker enter in the room and save Tohka. Andrew was proud to be chosen by the Head of Second Executive Departament at DEM Industries, Ellen Mira Mathers, also know as the World's strongest Wizard.

When Miku and Shido arrived in the 18 floor of the building, Andrew intercepted Shido and Miku Izayoi, and even tried to make a speech to scare off the invaders, however, Miku and Shido crushed Andrew easily as an insect, and Andrew fell to the floor fainted due the attack of the angels Gabriel and Sandalphon. 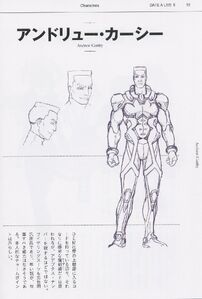 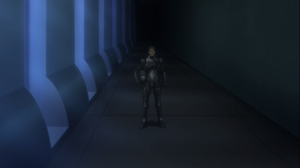 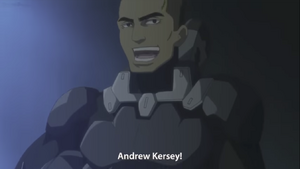 Andrew while making a speech. 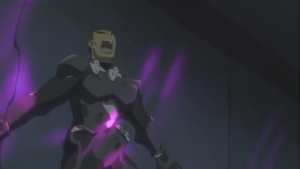 Andrew being attacked by both Shido and Miku. 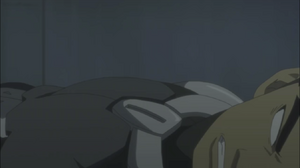 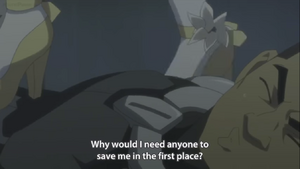 Andrew being left on the floor. 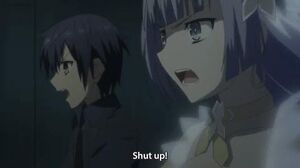