Android 13 is the thirteenth android designed by Dr. Gero and the main antagonist of the 1992 film Dragon Ball Z: Super Android 13!. He also appears as a playable character in various video games with some having him serve as a boss.

In Japanese, he was voiced by the late Kazuyuki Sogabe in Dragon Ball Z: Super Android 13! and Moriya Endō in the anime. In English, he was voiced by Chuck Huber in the Funimation dub and Doug Rand in AB Groupe dub.

Android 13 was created by a super computer that Gero had left behind to finish 13, Android 14, and Android 15 He was finished after Android 14 and 15, who had already engaged Goku and his allies. Upon his arrival, 13 engaged Goku, while Trunks and Vegeta battled 14 and 15. Eventually the two androids met their end at the hands of the two, upon their transformation into Super Saiyans. However this worked in 13's favor as he proceeded to absorb components from the destroyed androids and became Super Android 13.

Vegeta was the first to attempt to fight the new super android, but found himself easily beaten by Super 13. Goku, Future Trunks, and Piccolo were the next to attempt to fight him, only to find themselves all defeated. Goku was forced to gather energy for a Spirit Bomb, while Gohan, Trunks, Vegeta, and Piccolo distracted Super 13. While gathering energy, Goku enhanced the process by transforming into a Super Saiyan. He then absorbed some of the energy from the Spirit Bomb and when Super 13 lunged at Goku, the Saiyan punched him into the depths of the Spirit Bomb, destroying him.

Though he does not have much personality in the Japanese version, the Funimation dub explores Android 13's character more. In the Japanese dub, he is serious and only concentrates on the task of destroying Goku. In the English dub, 13 acts like more of a southern hick (Trunks even refers to him as a "Red Ribbon redneck" at one point). He speaks with a southern accent and almost never refers to Goku by name, calling him "city boy", "son", or "boy". In the English dub, 13's psyche is explored slightly and even his humanity, when he talks to Trunks about how the free-will of humans have caused war, segregation, and hatred which may explain his hatred of them. Android 13 appears emotionless to the point of not even caring when Androids 14 and 15 were killed. He also is pretty sadistic as he is shown dragging out his attempted murder of Goku even after his fusion made him more powerful than him. Overall, while 13 never shows much of a personality, his ruthless apporch made him one of the most ruthless Andriods the Z-Fighters ever fought. In some of his video game quotes, 13 seems to show little regard for his fellow Andriods. For example, he threatens to kill Dr. Gero if he interferes in his goals. On the other hand, since the clash quotes between some of the fighters a non-canon, one could say that he remains loyal to his creator.

Android 13 has superhuman abilities, as well as endless stamina and energy since he is a machine. Also his energy cannot be detected, unlike most of the other characters. 13 can use energy to fly and fire energy blasts and has a signature attack called S.S. Deadly Bomber, which is a powerful crimson pink energy ball with a smaller sphere in the center which, as stated by 13, is able to reduce half of Earth to dust. 13 can also fuse with components from 14 and 15 to enter his super form, increasing his power dramatically. Even without the fusion, 13 can give Goku a run for his money and even surpass as Goku could barely even keep up with him while they were fighting. This means 13 can at the very least destroy a planet while in base.

Android #13's signature attack. Android 13 generates a giant spiraling, crimson-pink energy ball with a reddish-pink sphere in the middle that homes in on his opponent.

A much stronger version of the original attack used by Super Android #13.

Super Android #13 grabs the opponent by their neck and throws them away. Then, he runs after the opponent and attacks them with a heavy barrage of punches before punching them away and firing a Full Power S.S. Deadly Bomber, inflicting a massive amount of damage.

A brutal assault of punches that ends with a red Energy Sphere fired at the target.

A counterattack where Super Android #13 is unfazed by a punch from the opponent and grabs the opponent by their arms and slams them into the ground. Then, he puts his hand over the stunned opponent and blasts them with a red energy blast, point-blank, inflicting a great amount of damage. Android 13 referred to this attack as the "Dive of Death."

Android 13 made his first playable appearance in a Dragon Ball video game spin-off in Budokai Tenkaichi 2. He also appears in the following installment of the Budokai Tenkaichi series. Each of these games allow the Android's fused "Super Android 13" transformation to be played. Android 13 says a number of things to his fellow androids before fighting them in those games, such as:

Android 13 also appears alongside his his comrades Android 14 and Android 15 in Dragon Ball: Raging Blast 2 and Dragon Ball Heroes. 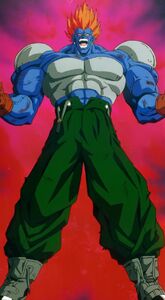 Andoid #13 upon assuming his new upgrade 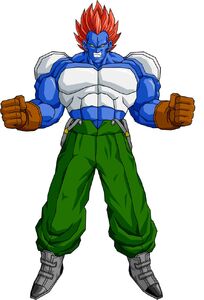 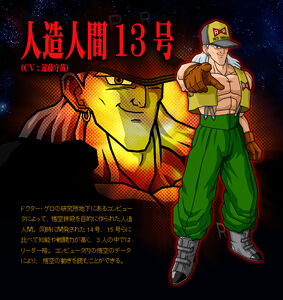 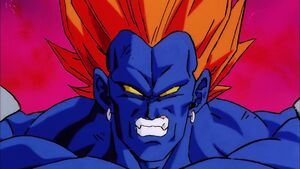 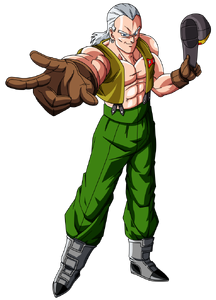 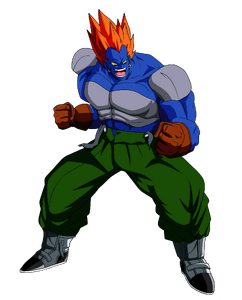 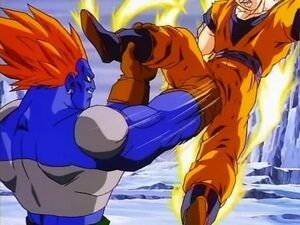 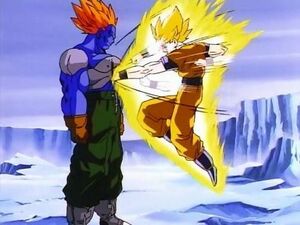 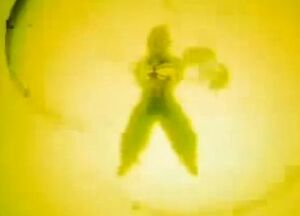 Super Android #13 dies at the hands of Goku's Spirit Bomb. 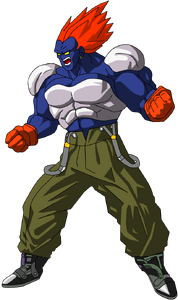 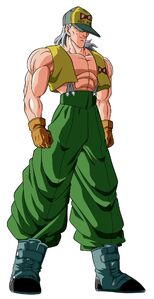