Android 14 is the fourteenth android designed by Dr. Gero and one of the two secondary antagonists in the Dragon Ball Z movie, Super Android 13!.

Android 14 was built by a super computer Gero had designed to finish him, Android 13, and Android 15. Android 14 was finished at the same time as Android 15 and they both set off to track down Goku. They found him in Orange City, where the assaulted the restraunt he was eating at with his family. 14 and 15 proceeded to battle Goku and Future Trunks, after all the innocent bystanders were moved from the vicinity. Eventually their battle moved to a glacial area, where they were followed by Gohan and Krillin. As their battle progressed, another android appeared, Android 13. While 13 fought Goku, 14 took on Future Trunks. Though he managed to fight him rather easily early on, he was eventually destroyed when Trunks entered his Super Saiyan form and sliced him in half. However, this worked to Android 13's advantage, who absorbed components from the remains of 14, as well as 15, to transform into Super Android 13.

Android 14 possesses superhuman abilities and unlimited energy and stamina thanks to his being a machine. He can also manipulate energy in the form of flight and energy blasts. 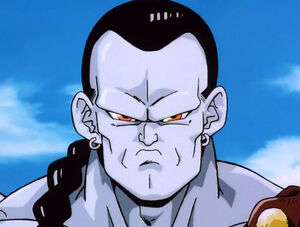 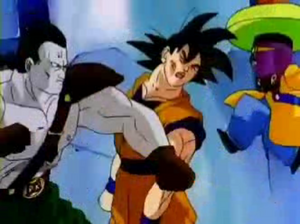 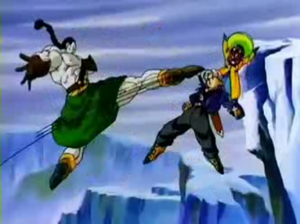 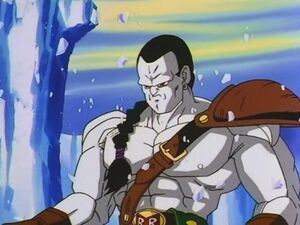 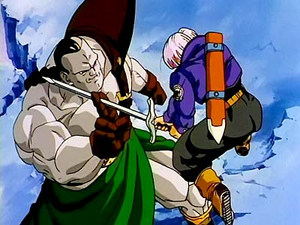 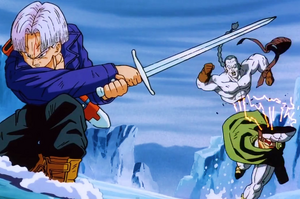 Retrieved from "https://villains.fandom.com/wiki/Android_14?oldid=3765309"
Community content is available under CC-BY-SA unless otherwise noted.