Given the game's lore, Android 21's true past hasn't been revealed. While she is 16's mother, it is unknown if Gero converted her because she was dying, or if she betrayed him after finding out about his schemes. Her mysterious past makes her one of, if not the most complex characters in the franchise.

The evil side of 21 shows a much more sinister personality. Throughout all three routes, she revels in other people's suffering; eating many villains out of both hunger and pure sadism. She also showcases several childish traits such as laughing whenever she causes pain, and acting like a spoiled brat when she doesn't get her way. 21, like Goku, loves fighting; even letting her opponents before stronger so she can gain more pleasure from eating them. 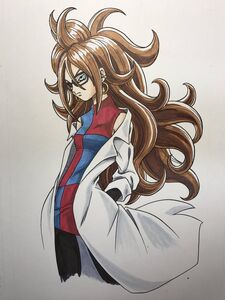 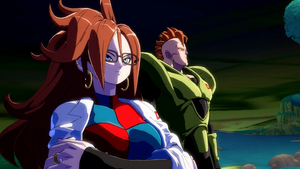 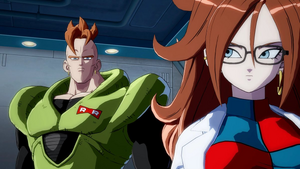 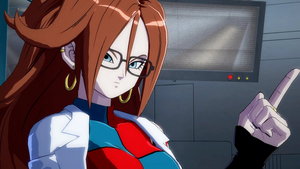 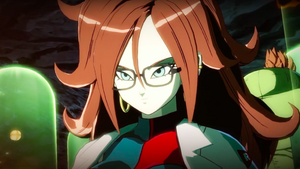 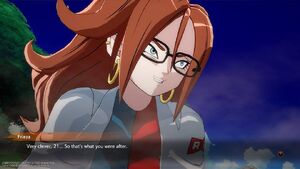 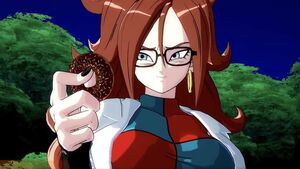 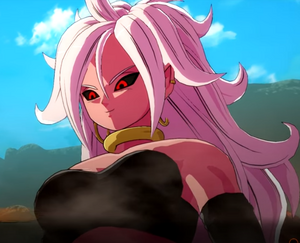 Retrieved from "https://villains.fandom.com/wiki/Android_21?oldid=3659208"
Community content is available under CC-BY-SA unless otherwise noted.