Serve the DARK organization in their campaign of terror.

Minions
Android Men are the robot combatmen of the DARK organization and recurring antagonists in the 1972 television series Android Kikaider, as well as its manga adaptation.

They dress in grey jumpsuits and each wield a naginata as their primary weapon. There also exist feminine variants who wear bright pink uniforms. They are typically used by DARK to support their Destructoids in their missions.

Several Android Men accompanied Green Mantis to confront Jiro as he was fleeing from DARK, but Jiro managed to fight them all off. The Android Men later took part in a scheme to frame Dr. Komyoji for murder and kidnap his children. After Green Mantis posed as Dr. Komyoji and murdered Dr. Ishigami, a group of Android Men disguised as police officers approached Mitsuko and Akira Komyoji and claimed to want to question them about their father in order to lure them into a trap. Mitsuko fell for it and was captured, but Akira suspected something was off and managed to escape. Later, as the Android Men and Green Mantis were driving away with Mitsuko they were attacked by Kikaider, who rescued Mitsuko and fought them all off. 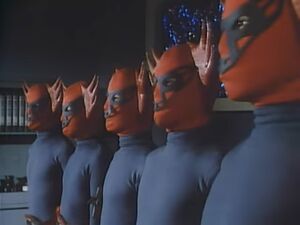 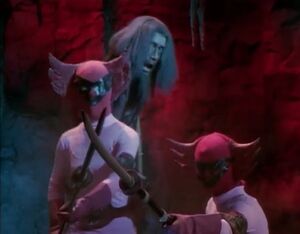 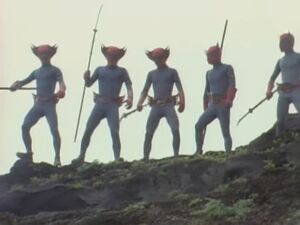 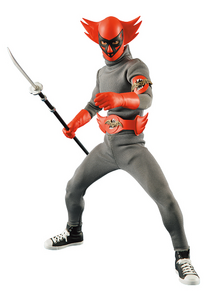