Defending Dr. Merlot and his island.

Defend Dr. Merlot and his island.

Artificial Intelligence
Dr. Merlot's Androids are major antagonists from the video game RWBY: Grimm Eclipse, the video game tie-in for the web cartoon series RWBY. They are an army of homicidal robots built by Merlot as his personal guards, fighters, and bodyguards.

Dr. Merlot developed the Androids while he and Merlot Industries were doing his disastrous research on the Grimm in Mountain Glenn. After the fall of the city, Dr. Merlot escaped to his private island and continued his research there. He built the androids he had developed for security purposes; fending off wild Grimm, keeping test subjects in line, and especially being used to defend against/kill any law enforcement or Huntsmen/Huntresses that may come to the island.

After Team RWBY investigate Merlot's path of destruction, they follow it all the way to his island, there, Merlot discovers their presence and sends his armies of androids to fight the students off. As Team RWBY ventured deeper into the mad scientist's island, the more androids they encountered and the bigger the challenge of them became.

Eventually, the team agitate Merlot enough for him to try and kill them with his most deadly creation, a Mutant Death Stalker. As the team battles the giant beast, Dr. Merlot makes the battle more difficult by sending out androids for them to contend with as well. However, Team RWBY manages to defeat the beast, and Merlot flees, blowing up the base with the rest of the androids inside.

Red Androids are slim, armored androids with red and black color schemes. These serve as the melee fighters, wielding enormous electrified double-tipped halberds. It attacks with wide range slashes and stabs, with very few of its moves able to be countered. Their armor and structure are extremely durable, making them difficult opponents to bring down.

White Androids are heavy, armored androids with black and white color schemes. These are ranged fighters, and wield a minigun-grenade launcher hybrid capable of firing bullet ammunition or Dust-based explosives. Their grenades produce explosions powerful enough to rapidly deplete Aura, and will fire bullets in a 180 degree radius. If it is close to an enemy, it will fire grenades at the feet to knock them back and deal massive damage. Their armor and structure are extremely durable, making them difficult opponents to bring down. 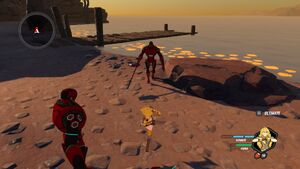 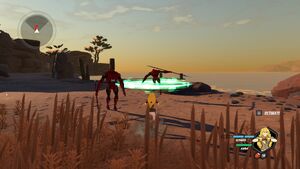 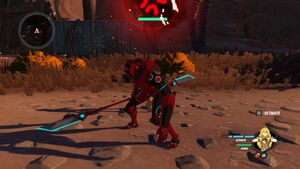 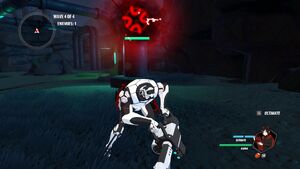 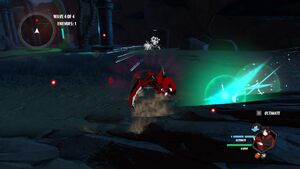 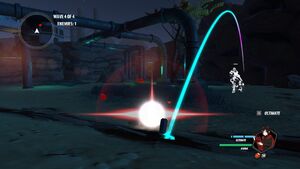 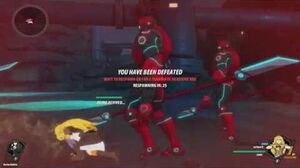 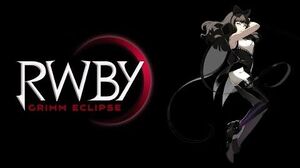