The Monster
"IT"
Mr. Evans
Andy

Hanging out with his peers.

Continue sexually harassing girls and get away with it.

Rape Melinda for the second time (both failed).

Andrew "Andy" Evans is the main antagonist of the 1999 book Speak by Laurie Halse Anderson and its 2004 film adaptation, and is the archenemy of the protagonist, Melinda Sordino. Andy also appears as a minor antagonist in its sequel Catalyst.

He was portrayed by Eric Lively and so far his only villain role.

Andy Evans was a senior in high school as well as the rapist of Melinda Sordino. He met Melinda at a party, and he took her into the woods to rape her. Melinda tried to call 911 to help her, but she didn't know what to tell them.

This led to several people getting arrested at the party, and Melinda becoming an outcast. Because of this, Rachel ends her friendship with Melinda. With no one to speak to because of her traumatic experience, Melinda gradually became mute. Having not forgotten about her, Andy decides to sadistically bully Melinda as a reminder of what he did to her. He also encouraged Melinda's bullying to further place the young girl strictly into despair.

Later on in the story, Andy began to date Melinda's ex-friend, Rachel. When she discovered the truth about what he had done to Melinda, he angrily went to her, and he tried to rape her a second time. This caused Melinda to finally stand up for herself, and Andy was found out of his true nature and he was later arrested. Melinda is praised for her bravery and becomes comfortable with speaking again.

After being blinded from the turpentine by Melinda, Melinda threatened to kill him. Nicole came and confronted Andy had one of the girls who restrain him are outraged by it, about to beat him with their sticks. Nicole bought Melinda time to escape, Nicole then tells Andy to speak up, but he didn't say anything, Melinda walking away, with Andy begging for Nicole to not beat him saying that his eyes hurt from the Turpentine, where Andy would likely be beaten offscreen, Mr. Neck sees her and asks what was going on, but no response. Mr. Neck then sees the girls huddled in the closet and walks toward them, asking what was going on. What most likely happened next was the girls told Mr. Neck about Andy raping Melinda, and Mr. Neck then called the police to report Andy.

After his defeat, Andy was found guilty but got probation and was on house arrest, and his actions were in his permanent criminal record. Andy was a registered sex offender, with the punishments Andy got he was forced to wear an electronic tag for his safety where he was also monitored by his probation officer. Andy was also forced to stay away from Melinda and her family at all times (even after his sentence) or he would get a harsher punishment if did. Not only he has been put on probation, but he also became an outcast since everybody now knows Andy's actions of him raping people, leading him to lose everything from his friends, his reputation, and his power. Not only would people make his life miserable because of all of the actions of him being a rapist, but they would also dox and harass him for his actions, which now makes him a victim of bullying where people will repeatedly bully him for what he did.

Andy was described as sleazy and narcissistic, and he was also noted as being very handsome-looking. Despite this, he was actually a repulsive individual underneath. He had a disturbing history of sexually assaulting girls, and it's heavily implied that Melinda wasn't the only girl that he raped.

Andy was also a sadist as shown when he was asking Melinda if she remembered their time together and taking great enjoyment from it.

Andy is also shown to be a coward as in the final parts where Melinda overpowered him after irritating his eyes, he also didn't fight back when he was outnumbered by Nicole and her hockey team. 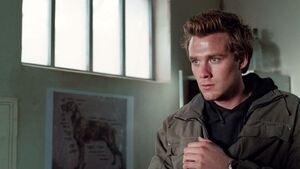 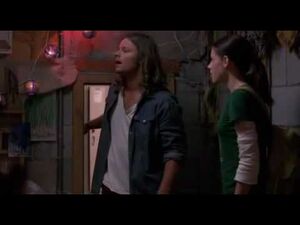