Villains Wiki
Register
Don't have an account?
Sign In
Advertisement
in: Kamen Rider Villains, Extremists, Collector of Souls,
and 25 more

Absorbing Roidmudes Cores into her own to become stronger and give them "paradise".

Give all Roidmudes "paradise" by overloading them with human emotions.

Gain control of both humans and Roidmudes to force them into an everlasting peace.

She is portrayed by Mami Yamasaki, who is best known for her portrayal of Shizuka of the Wind in GoGo Sentai Boukenger.

099 copied the form of a psychiatrist named Shouko Hazama, allowing her to achieve a Super Evolution into the Super Advanced Angel Roidmude. Forming her own renegade faction of Roidmudes, Angel sought to supplant the Heart Roidmude as leader of the Roidmudes and create everlasting peace between Roidmudes and humans by forcing both of them under her control. To achieve this, Angel used her halos to absorb her followers' Roidmude Cores into her own to increase her own power, believing that it would give them the "everlasting paradise" they desired.

She implants a golden feather onto Chase, which gives him the human emotions he always wanted. However, Chase eventually discovers Angel's true motive and removes the feather using the Rhino Super Viral Core. She was later destroyed by Kamen Rider Chaser. 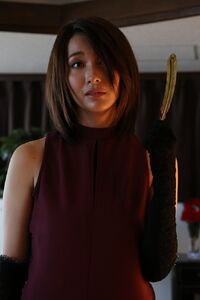 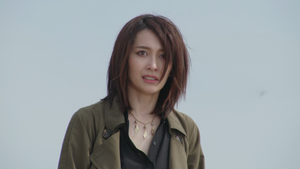 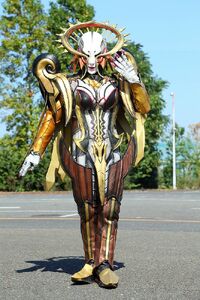 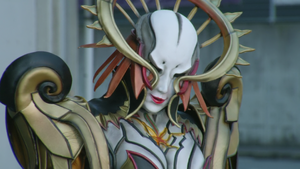