Angelia Avallone is a little girl with seemingly heavenly powers and a boss the Main Antagonist in Arcana Heart 2.

She was voiced by Eri Sendai.

She is cheerful and openhearted, but egotistical. Seven years ago, she willingly traveled to the Arcana World from the physical world and, since then, has stopped aging.

Her Arcana is Mildred (Halo, also known as "Light" in the English version), her twin sister who was caught in a dimensional split between her world and the spirit world and received new powers as a result.

She serves as Angelia's guardian.

Mildred Avallone's real older twin sister. Seven years ago she willingly traveled to the Arcana World from the physical world.

Since then has stopped aging. She is cheerful, openhearted, and egotistical and does not change her mind because of others. She holds the magician Malin she met in Arcana World in one hand.

Running a punch through the cockpit, Heart and impales Angelia on it. Angelia, with her last breath, curses Heart, and her cockpit explodes soon afterwards. 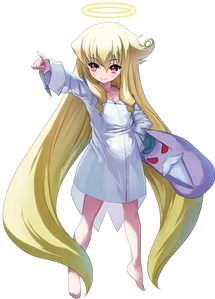 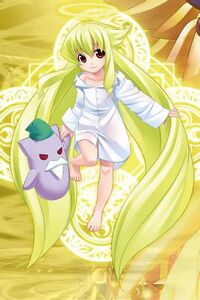 Retrieved from "https://villains.fandom.com/wiki/Angelia_Avallone?oldid=3523840"
Community content is available under CC-BY-SA unless otherwise noted.