Initiating a Raid on the Global Special Police Organization

Anidara Maximoff is an alpaca-themed Gangler Monster and is one of the three antagonist the others are his younger named Odordo Maximoff and Togeno Aves, but he's the main antagonist in episode 18 of 2018 TV series called Kaitou Sentai Lupinranger VS Keisatsu Sentai Patranger. Also he was equipped with these two treasures which are a Trigger Machine Crane and a Handheld MTD-like treasure called Le coup de chance.

Anidara Maxioff's head is a black robotic alpaca head with yellow eyes, his body has black alpaca wool with holes on it, his Gangler safe is on his belly, his grey arms and legs are robotic like, he also has black alpaca feet, his weapon is the Alpakanabo a black kanabō with an alpaca's orange mouth on the middle.

One of the Smash Brothers, Anidara and his brother Odordo were discussing how they could use their collection pieces to cause more damage than before when they were caught in the battle between Rabroom Jaws and PatKaiser. While his brother managed to get away, Anidara was crushed by PatKaiser and destroyed, leaving Odordo to swear revenge on the Patrangers.

His Gangler safe was recovered from the inside of the Trigger Machine Crane by the Global Special Police Organization Japan Branch.

He was later revived and enlarged by Goche Ru Medou, at the behest of Destra Majjo, who gave Anidara a piece of his Lupin Collection to avenge his brother. Sending a duel challenge to the Patrangers, he waited impatiently for the cops when the Lupinrangers arrived for his collection piece, only to get ambushed by the Patrangers, who arrived earlier to set a trap for the thieves so they could acquire the reluctant GoodStriker, who's power was needed for the duel. Unfortunately for both teams, Anidara barraged them with missiles upon seeing the cops. The Patrangers attempted to formed PatKaiser, but Trigger Machine 1gou was knocked off by the Red Dial Fighter, forcing Lupin Red to deal with two cops and Patren 1gou could only spectate while fighting the remaining thieves. The skirmish in the cockpit proved to make it easier for Anidara to attack, but he lost the upper hand after Lupin Red deployed the Blade Dial Fighter and opened his safe (which his password is 5-1-4). His MTD-like treasure called Le coup de chance (which translate as "A stroke of luck") was reclaimed by Lupins Blue and Yellow, who used his safe as shelter from Patren 1gou's laser blasts. Piece retrieved, he met his end via Lupinkaiser Cyclone Knight. 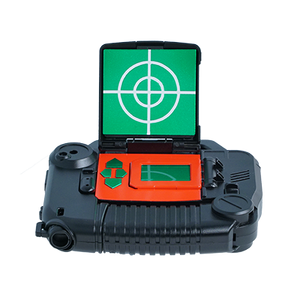