Mutated Supervillain
Dr. Sven Larsen, also known as Animal-Vegetable-Mineral Man, is a supervillain from DC Comics, most commonly serving as a foe of Batman and the Doom Patrol.

Dr. Sven Larsen was a Swedish scientist and the student of Niles Caulder, Sven and Niles had a falling out when Sven accused Niles of stealing the plans for an anti-decay ray. After falling into a vat of amino acids from one of his own experiments, Sven turned into Animal-Vegetable-Mineral Man with the power to turn into any animal, including dinosaurs, vegetables, including trees and growing vines, and mineral, including diamond. He used said powers to take revenge on the Doom Patrol, but the Doom Patrol won, took away his powers and sent him to jail. Somehow, Sven's powers returned and he attacked the Doom Patrol time and time again. More than once he was defeated by his anti-decay ray. He was then broken out of jail by General Immortus and together they took on the new Doom Patrol and was defeated when Celsius encased him in a block of ice.

Sven was not seen for many years afterward. When the original Doom Patrol reunited and relocated tooling Island, Sven was cornered by police in a diner, creating a hostage situation. Originally not wanting to create a dangerous situation, he was goaded into it by pushy police. In the end, he let the hostages go before transforming and killing the police. After this, Thayer Jost sent a limousine for him. After meeting with Jost, Sven was welcomed into Jost's corporate team, the Front Men. His first mission was to assassinate former Doom Patrol member Beast Boy, foster son of Elasti-Girl and Mento. Ultimately, after arriving at titans Tower in San Francisco, he was told to fall back to Jost Enterprises. The Doom Patrol had infiltrated it to retrieve the captured Elasti-Girl. In the ensuing brawl, Sven cut Elasti-Girl down the middle, revealing that she was no longer human, but sentient protoplasm instead. Like the rest of the Front Men, Sven retreated in the end, making the Doom Patrol look as if they attacked without provocation.

Animal-Vegetable-Mineral Man can change any part of his body into the form of any animal, vegetable or mineral, including combining several at once. In most of his appearances, his arms, legs and the left side of his face take on various forms, leaving his torso and the right side of his face normal. 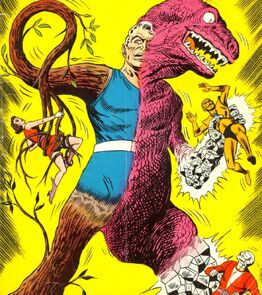 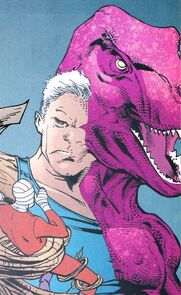 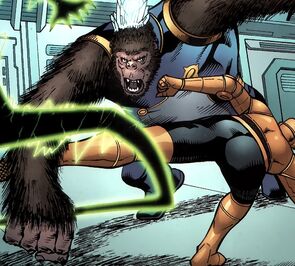 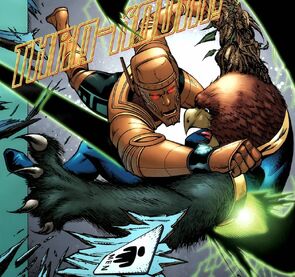 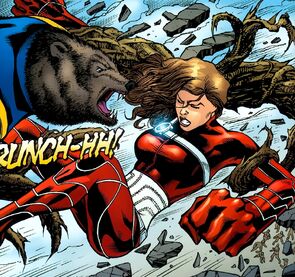 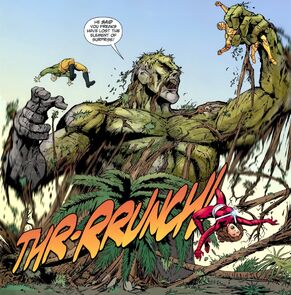 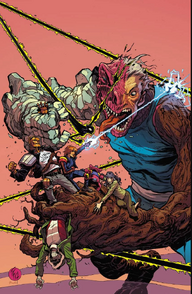 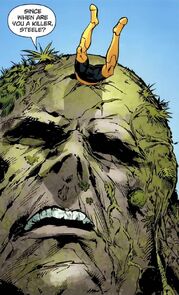 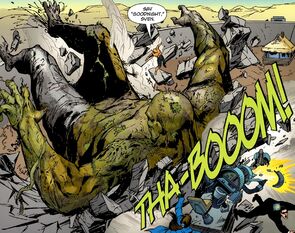 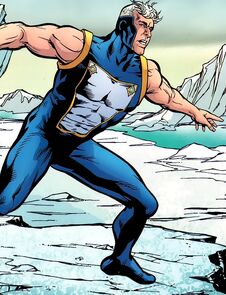 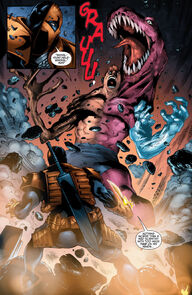 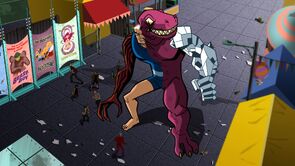 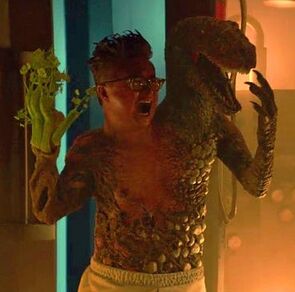 Retrieved from "https://villains.fandom.com/wiki/Animal-Vegetable-Mineral_Man?oldid=3853001"
Community content is available under CC-BY-SA unless otherwise noted.