Killing and eating others.

Kill and devour everybody in their sight (succeeded until their defeat).

Kill and devour The Janitor (failed).

The Animatronics are the main antagonists of the 2021 horror thriller film Willy's Wonderland. They were once friendly animatronics and mascots at Willy's Wonderland, owned by serial killer Jerry Robert Willis, who united equally sadistic killers to assist him in murdering families within the establishment. To avoid arrest, the killers perform a satanic suicide ritual to transfer their souls into the animatronics, possessing them and actively killing and devouring everyone in their sight.

As mentioned, Willy's was once owned by Jerry Robert Willis, a deranged seriel killer, who would dress up as Willy and kill families within the Super Happy Fun Room, alongside the other seriel killers who he teamed up with. However, Jerry and his crew had performed a satanic suicide ritual and transfered their souls into the animatronics to avoid being arrested. Following this incident, Willy's Wonderland was closed down. Ten years later, Willy's was reopened with a new owner, Tex Macadoo, whom tries to keep the public unaware of the resturaunt's past. However, the killers continued to attack people as the animatronics, and even started attacking people outisde of the establishment. After several, missing person reports, Willy's was closed down once again. However, Tex did not bulldoze it since, as the teenagers put it, Willy got to him. Eventually, Tex, sheriff Eloise Lund, and Jet Love made a deal with the animatronics that they would feed them if they left the townspeople alone. 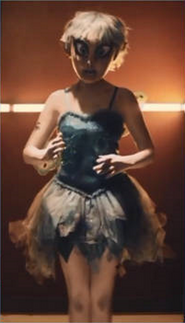 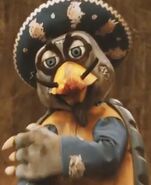 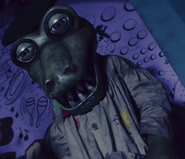 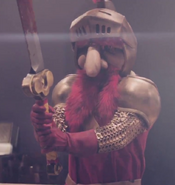 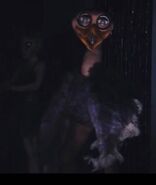