Anita was a one-shot villainess from Once Upon a Time, appearing in Season Two's "Child of the Moon."

She was portrayed by Annabeth Gish, who also appeared on CSI as recurring villainess Laura Gabriel.

Anita was the evil werewolf mother of Red Riding Hood, who was thought to be long deceased. Red Riding Hood reunites with Anita when she is rescued by Quinn, who is also a werewolf, and learns that Anita is the leader of a pack of werewolves. Anita tells Red that Granny actually kidnapped her because she saw the wolf within her as a monster, but she later learns that she can control it. Once Snow White (who was with Red at the episode's beginning) reunites with Red at Anita's lair, the Evil Queen's huntsmen (who had been tracking Snow) barge in after her, killing Quinn while doing so.

Anita blames Quinn's death on Snow and orders her to be tied up so she can be killed by moonrise. She orders Red to kill Snow, but she refuses, saying that Snow is her friend. At that moment, the evil Anita transforms and attempts to kill Snow herself, but Ruby also shifts and fights her mother. Anita ended up impaled as a result, showing disappointment in Red's choice before dying. 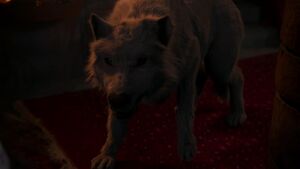 Wolf form
Add a photo to this gallery

Retrieved from "https://villains.fandom.com/wiki/Anita_(Once_Upon_a_Time)?oldid=3221280"
Community content is available under CC-BY-SA unless otherwise noted.