Advance and support the agenda of Majestic-12 and reinforce their rule (true goal).

Anna Navarre is one of the three major characters and one of the major antagonists of the dystopian cyberpunk shooter Deus Ex. She is one of the augmented operatives of the United Nations Anti-Terrorist Coalition. At first, she appears as an ally helping the player in killing terrorists however, as the game progresses, her true colors are revealed as she if a part of Majestic 12 and is really meant to enforce their tyrannical rule over the entire world.

Anna has the appearance of a beautiful and attractive young women. She has a very slender body and pale white skin with short black hair. She is immensly augmented as her entire body is covered with augmentations in similarities to that of Gunther and even Jaron Namir. Her right eye and small parts of her arms are the only organic parts of her body.

Anna is a very cold-hearted and nihilistic person. She is very used to killing and takes a distain to those who oppose the very idea of doing it. She's also very suspicious and hostile of all of her augmented colleagues and possibly other coworkers. She has a soft spot for her partner Gunther Hermann whome she trusts greatly. Anna wants all of her missions to end in a bloody way and will only trust the player if he goes lethal in all of the game's missions.

Not much is known about Anna's early life other than that she was born in Russia but lived much of her life in Israel and was trained as an Israeli Army Commando. She had joined UNATCO and became one of their top agents and became immensely augmented to add to her skills. She is known for the amount of people that she's killed over the course of her career and talked down at Paul Denton for his opposition towards killing which disappointed her.

Around 2052, Anna was promoted to Major and was viewed as the incarnation of the Peacekeeping Forces of the United Nations. She's first seen in Deus Ex where newcomer JC Denton is assigned to her squad and becomes his partner upon JC's arrival at UNATCO. She refuses to sit out her first mission with JC which was to track down and aquire a stolen cannister of Ambrosia while Denton handles the guards inside the compound. Depending on the player's actions, she can either distain JC if the player chooses non-lethal ways of handling missions or warm up to him if JC kills all of his enemies and ends the mission in a bloody way.

Following the Caste Clinton operation, Anna was certain that all NSF Operatives were killed but was found to be wrong. Anna's actions after the operation and interactions with the player will all depend on how they have delt with the NSF Insurgents and if she is not pleased, she will complain and demand to be reassigned back to Gunther but will be refused. Anna and JC then arrive at LaGaurdia Airport where the NSF Leader, Juan Lebedev and is ordered to kill him for terrorist activities. Once the United States President Philip Mead declares an open state of emergency, Anna believes that it entitles her to have the ability to shoot at anyone without warning and without punishment and she gets promoted to Colonel despite her actions. She is then later on killed by JC depending on how the player chooses to kill her.

It is possible to kill Navarre after escaping the 'Ton Hotel in New York city, when she confronts Denton in the subway tunnel. If Denton manages to kill Navarre, he will later be arrested by Gunther Hermann but the battle against Navarre in UNATCO does not happen. If Denton is defeated by Anna instead, he will be delivered to the Majestic 12 black site underneath UNATCO and will be confronted by Anna while trying to escape. It is possible to find her killphrase flatlander woman on UNATCO terminals, killing her instantly during the confrontation and avoiding another battle. 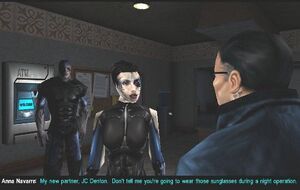 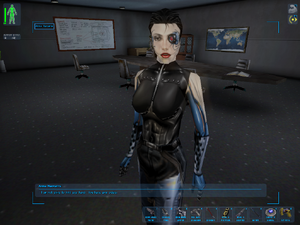 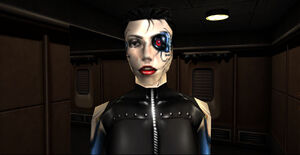 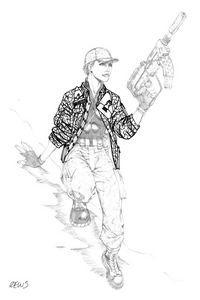