Banishing others to Helheim forest.

Get rid of all who oppose him.

Another Gaim (real name: Asura) is an Another Rider created by the Time Jackers and the antagonist of episodes 7 and 8 of Kamen Rider Zi-O.

He was portrayed by Yūki Tomotsune.

Asura was originally a member of Team Baron who was kicked out by Kaito Kumon. As this happens, Sworz freezes the time and transforms Asura into Another Gaim. With his new powers, Asura banishes Kaito and everyone who opposed him to Helheim and takes over Team Baron's leadership. At some point Sougo Tokiwa travels to the past and defeats Another Gaim using the GaimArmor, but Kouta Kazuraba, the Man of the Beginning, reverses his destruction, telling Sougo to have faith in Geiz Myoukouin. Asura would continue to lead Team Baron for the next 5 years. When one of his dancers asks him if he is a monster, Asura becomes enraged and banishes him to Helheim before going on a rampage. Sougo and Geiz attempt to stop him but, Asura sends Geiz into Helheim as well.

Another Gaim was later defeated by both the past and future Sougo Tokiwa. After losing his Another Gaim powers, Asura attempted to rejoin Team Baron but Kaito cast him out for his crimes. 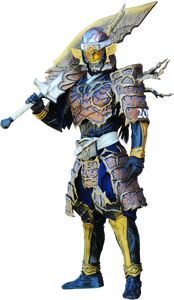 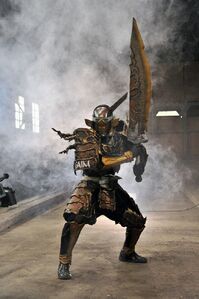 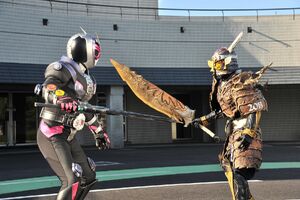 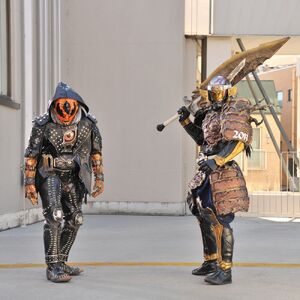 Another Gaim with Another Ghost. 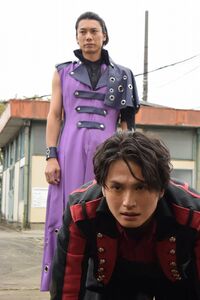 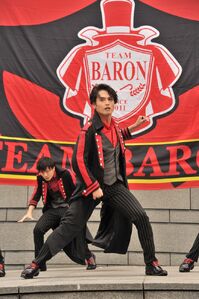