Using his Another Rider powers to impress Kaori.

Another Wizard is a Another Rider created by the Time Jackers and the antagonist of episodes 7 and 8 of Kamen Rider Zi-O.

Originally a man named, Hayase who worked as astage hand in a performance theater on the verge of going out of business. Having a crush on the theater's owner Kaori, Hayase sought to keep the theater going.

In the year 2012 he is approached by Uhr, who tells him he can save the theater in exchange for contracting with him. Hayase accepts the contract and uses the Another Wizard powers to impress Kaori and keep the business afloat.

In 2018, Sougo Tokiwa, Geiz Myoukouin and Tsukuyomi attend one of his magic shows and ascertain from his performance that he is an Another Rider. After the show Geiz goes to confront Hayase in the back-alley and attacks him, causing Hayase to use his Another Wizard powers to escape and confirm their suspicions.

Hayase then goes back to his apartment to hide and encounters Ora, who informs him that she is a Time Jacker. Asking if she knows Uhr, Hayase pleads with Ora to help against the "two people with powers like him" who are after him. Ora tells they are Zi-O and Geiz and all Hayase has to do is avoid them. She then says to Hayase that someday he will be a king, but he needs a "deeper wound" to accomplish that.

Hayase is then visited by his co-worker Nagasawa, who tells him the theater about to close and that he is marrying Naomi after six years of proposing to her. Jealous of Nagasawa, Hayase transforms into Another Wizard and attacks Nagasawa. However, Kamen Rider Geiz shows up to save Nagasawa and fights Another Wizard. The two end up at a warehouse, but Zi-O and Tsukuyomi arrive to stop Geiz, having been tricked by Woz into thinking that Geiz has gone berserk and attacked Hayase with no provocation.

Geiz manages to defeat Another Wizard with the Faiz Ride Armor, but right after he does Ora stops time and revives Another Wizard. Tsukuyomi attempts to stop Another Wizard, but is hit with a sleep-spell. As Geiz and Zi-O are distracted by that, Hayase flees. 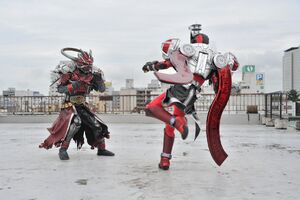 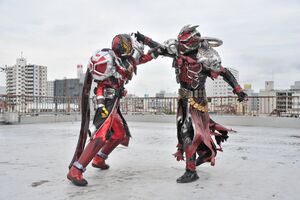 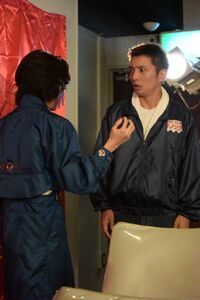 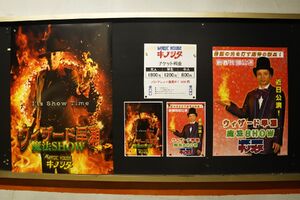 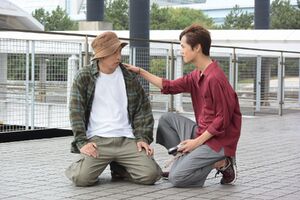 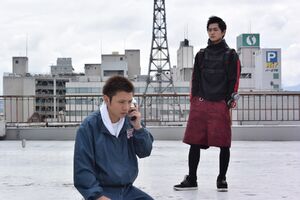