Helping Georgia in tormenting Emma and her friend Flor.

To help Georgia kill Emma. (Succeeded in a while)

She was portrayed by a Filipino actress Arianne Bautista.

The friend and partner-in-crime of Georgia. Selma is very quiet at first, but in reality, she is cruel, manipulative and vindictive, like Georgia. Later, Selma became Georgia's friend, she helps Georgia in bullying Emma. Until Flor came and became Emma's friend and protector against the two villains. Selma also helps Georgia in stealing Rome from Emma. After, Georgia sets a plan on kidnapping Emma and Angelo, so Rome would become envious and leave Emma. Later, Georgia attempts to kill Emma by pushing her off a cliff.

Selma was also involved in that incident, years or months pass. Selma and Georgia continue their diabolical plans, until it's revealed that Emma didn't die, and seeks vengeance on them. Selma and Emma have a catfight when they meet but mostly with Georgia. Later, Georgia kills Austin but Selma hides it. Georgia becomes pregnant, she and Selma try to kill Emma by hitting her with a car, but fail leading Georgia's baby to die. After, Emma gives birth to Mian, Georgia orders Selma and Angelo to burn the nursery room in the hospital and steal the baby named Milan and change its name to Sydney.

But Georgia always bullies Sydney, later Emma tortures Selma, she leaves Georgia and goes somewhere else. But later Selma comes back and visits Georgia. Selma and Georgia have a little argument but become friends again, and plan to kill Emma again, so they can get their revenge.

Later After Rome is shot by the police, Georgia and Selma help him. After, Rome recovers in hospital, Georgia brainwashes him, by telling him that he is Georgia's husband and his name is Jordan. Georgia also changes her name to Athena.

One year passed, Emma is grieving to her husband, until she sees Rome's lookalike Jordan. She follows him, but Selma and Georgia see Emma, Georgia paid a motorcycle rider to kill Emma. But Selma tells Georgia about the karma that killed Georgia's baby. Georgia doesn't listen, the motorcycle rider tries to hit Emma instead Georgia and Selma get hit, later Georgia is seen recovering in the hospital with Selma.

Selma has some minor fighting skills, but dangerous as she kills multiple characters in the series. She is also intelligent in persuasion and deceiving a person, as she did to Rome. 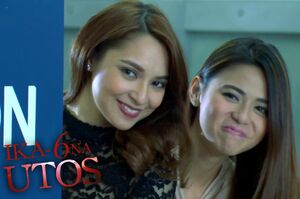 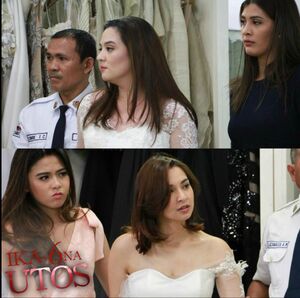 Selma and Georgia (Under) vs Emma and Flor (Below). 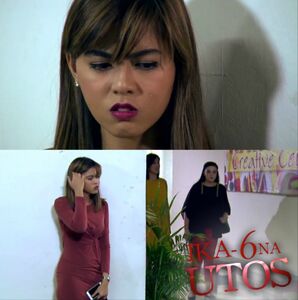 Selma spying on Emma and Flor.
Add a photo to this gallery

Retrieved from "https://villains.fandom.com/wiki/Anselma_%22Selma%22_Legaspi?oldid=3463310"
Community content is available under CC-BY-SA unless otherwise noted.