Attain the Light half of the χ-blade by gathering the seven Princesses of Heart and convince Riku to be engulfed into the darkness (failed).

Xehanort's real goal is to forge the χ-blade by pitting seven lights against thirteen darknesses. To this end, Ansem manipulates Maleficent into gathering the Princesses of Heart, ostensibly to find Kingdom Hearts and engulf all worlds in darkness, while Xemnas forms Organization XIII to use as his vessels. However, foreseeing that both plans would be dashed, Ansem travels back in time to Xehanort's youth and grants him the ability to travel back in time and assemble incarnations of Xehanort to form another Organization before staying in the past and watching Maleficent.

Later, once Maleficent has almost completed gathering the princesses, Ansem possessed Riku's body. He acquires a Keyblade forged from the hearts of the princesses sans Kairi's and uses it to corrupt Maleficent, turning her into a dragon, but she is slain by Sora and company.

Sora then travels to the Final Keyhole, where Ansem awaits. Ansem explains that Kairi's heart is really within Sora and reveals his true identity before attempting to use his Keyblade to draw out Kairi's heart. Sora duels with Ansem, emerging triumphant, and prepares to seal the incomplete Keyhole. As Kairi is still comatose, Sora is forced to use Ansem's Keyblade to save her at the cost of the Keyhole's completion and his own transformation into a Heartless, and subsequently, the births of the Nobodies Roxas and Naminé.

Due to Young Xehanort's travels through time, "Ansem" is among the versions of Xehanort summoned and made a member of the True Organization XIII. "Ansem" taunts Riku throughout his journey through the Sleeping Worlds until Riku defeats him and escapes into the real world to thwart the real Organization XIII, Likewise he was forced to retreat with the rest of the Real Organization when Lea, Donald and Goofy stall them to prevent Sora from becoming their thirteenth member.

Ansem first appears in Twilight Town alongside Xemnas, with the two taunting Sora and encouraging him to free Roxas before summoning several Heartless and Nobodies as a distraction. After this, they watch Sora in the town, where Xigbar berates them for directly guiding Sora.

Later, Ansem visits the Dark World to confront Ansem the Wise about Subject X, a girl Terra-Xehanort had admired as an apprentice. Though Aqua tries to stop him, Xehanort's Heartless corrupts her with darkness before leaving with DiZ turning her into a cold and ruthless Anti-Aqua. Ansem takes DiZ to the Old Mansion and taunts him with the knowledge of the children used in the experiments including his misuse of Roxas and Naminé, but Olette rescues DiZ with the help of Hayner, Pence the former two who distract him from noticing Olette taking DiZ away, and Vexen who commands a group of Dusks to attack Ansem. With Hayner going as far as to attack the dark being, here he also finds out that Vexen has defected from the Organization when he figures out that Vexen was the one who sent the Dusks to come after him.

Ansem joins the real Organization XIII at the Keyblade Graveyard for the final clash between light and darkness. He fights Sora, Riku, and Mickey alongside Young Xehanort and Xemnas with help from Master Xehanort, but is ultimately slain in battle. He reflects on his journey that he and Riku had together, Riku admits to Ansem that he is going to miss him and Ansem congratulates Riku for becoming a powerful Keyblade master, admitting to him he never stood a chance against him.

He also admits to Sora and Riku that part of him wanted to defy his fate but once he discovered that many members defected from the Organization he found he cared no longer. Sora attempts to comfort Ansem despite his actions against him and Riku but Ansem tells the trio that it is time for them to move on and that was more for them to seek; as such he encourages them to go forth and seek it before fading away. 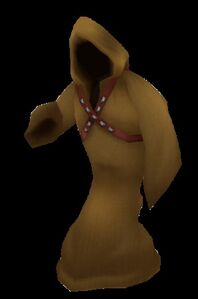 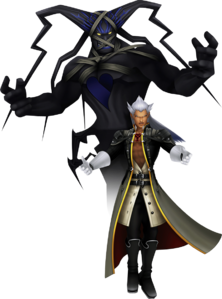 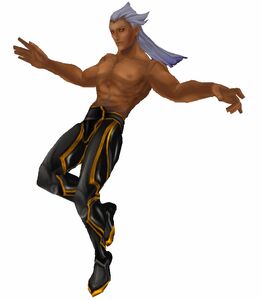 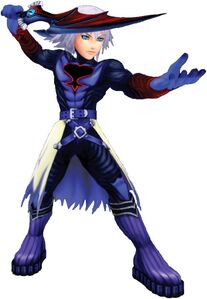 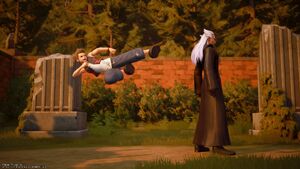 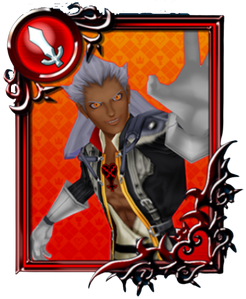 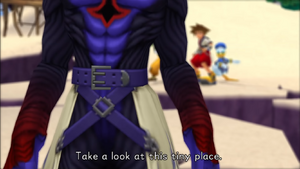 "Take a look at this tiny place." 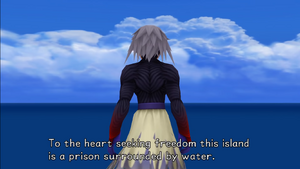 "To the heart seeking freedom this island is a prison surrounded by water." 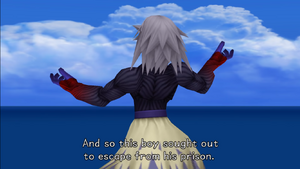 "And so this boy sought to escape from his prison. He sought a way to cross over into other worlds. And he opened his heart to darkness." 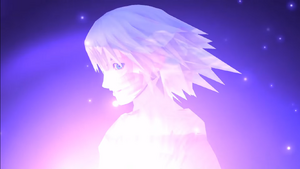 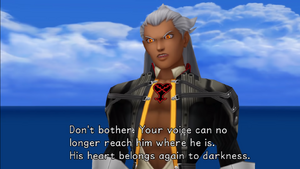 "Don't bother. Your voice can no longer reach him where he is. His heart again belongs to darkness." 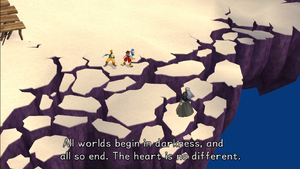 "All worlds begin in darkness, and all so end. The heart is no different." 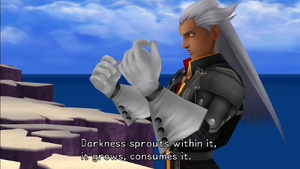 "Darkness sprouts within it, it grows, consumes it. Such is its nature." 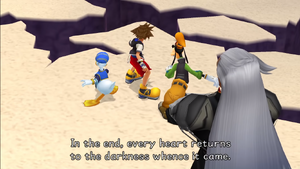 "In the end, every heart returns to the darkness whence it came." 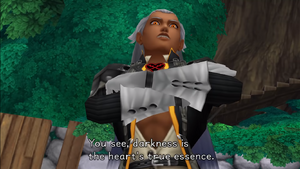 "You see, darkness is the heart's true essence." 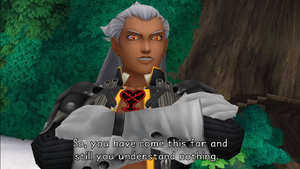 (Sora: "That's not true! The heart may be weak, and sometimes it may even give in. But I've learned that deep down, there's a light that never goes out!") "So, you have come this far and still you understand nothing. Every light must fade, every heart return to darkness!" 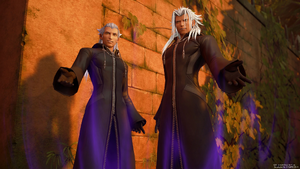 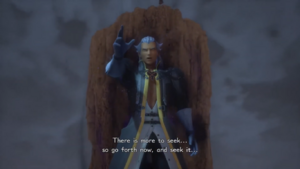 Ansem encourages Sora and Riku to go forth and seek more in his final moments before fading. 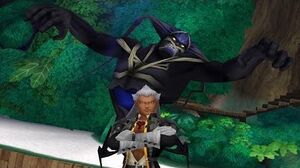 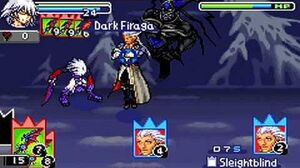 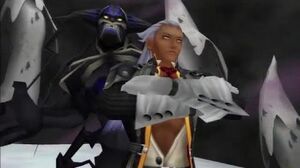 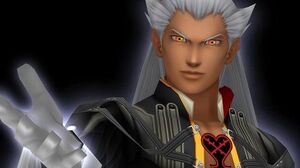 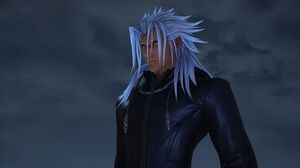