Mayor Anthony Bellows is a minor character in the The Flash and an antagonist in it's fourth season. He is the mayor of Central City who is bent on killing Ralph Dibny for blackmailing him.

He is portrayed by Vito D'Ambrosio.

After a career as a policeman, Bellows eventually became mayor of Central City.

During a speech for his re-election campaign at the CCPD precinct, Bellows praises the efforts of the police and claims that the city can sleep safely due to the police officers performing their duty. He also specifically mentions Joe West for his outstanding work.

Bellows sends two of his henchmen to intimidate Dibny. They hang him over the edge of the roof, unaware that Dibny is a meta-human that can stretch his limbs uncontrollably. Thus, Dibny stretches his legs until he slowly reaches the ground. This gains him the attention of Joe West and Barry Allen who collect Dibny. After Dibny is gone, Bellows' henchmen trash Dibny's office in search for the photos. They also leave a bomb in Dibny's office which Iris and Barry Allen accidentally trigger when they search the office.

Investigating Dibny, Barry notices the connections between Dibny and Mayor Bellows. Barry interrogates him to get some information but Dibny refuses to give any. To find out how Dibny is connected to the mayor, Barry and Joe visit Bellows himself. When they mention Dibny, Bellows claims that he does not know him but Barry and Joe realize that something is off. Joe asks Bellows again - policeman to policeman - and Bellows reveals that he cheated on his wife. He claims that he regretted it the moment he did it and that he broke it off immediately afterwards, but Dibny somehow found out, took pictures and has since been blackmailing him (by threatening to show the pictures to his wife unless he paid hi). Joe and Barry promise him that they will take care of Dibny and Bellows thanks both of them. However, when he leaves the office he meets with his two henchmen and reveals to them that Dibny is alive. He tells the men to bring him the photos and his head; even if it means that Joe and Barry have to die as well.

Bellows arranges a meeting with Dibny. The two meet in an abandoned alleyway where Bellows claims that since killing Dibny did not work out, he has decided to pay him off. He hands him a briefcase containing 200.000 dollars and Dibny hands him the pictures he took. However, Dibny then changes his mind and "takes his blackmail" back. Bellows is surprised but then draws a gun and shoots Dibny in the face. Due to Dibny's elongation powers, the bullet simply bounces off him, surprising both. Bellows tries to fire another shot but Barry suddenly speeds in and disarms the mayor. The arrest is disrupted when suddenly, Breacher shows up and blasts both Barry and Dibny away. Barry drops the gun and Bellows picks it up again. He runs out of the alley and takes Joe hostage, forcing him to come with him. The two head up to the rooftop where Bellows' helicopter is waiting.

While the helicopter takes off, Dibny streches enough to grab it and stop it from flying off. Using Ralph's body as a bridge, Barry speeds into the helicopter and disarms Bellows once more.

A few days after Barry is imprisoned in Iron Heights as a result of Clifford DeVoe's plan, he is seen playing poker with Bellows, Big Sir and another inmate (also using his super speed to change everyone's cards without them knowing). Bellows, frustrated with constantly loosing, drops out of the game, and Big Sir calls him a "dumbass". In response to this, Bellows asks if Big Sir is going to shoot him, as he supposedly only shoots unarmed men, taunting him for the reason behind his imprisonment. 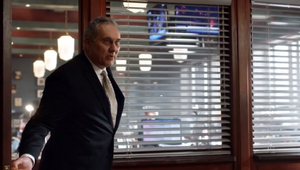 Bellows meeting with Joe and Barry. 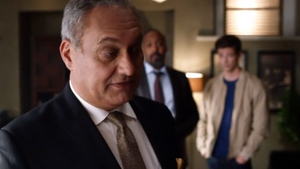 Bellows admiting to cheating on his wife. 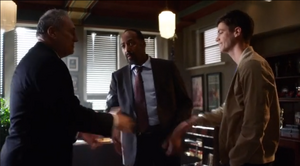 Bellows thanking the two for helping him. 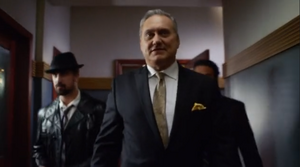 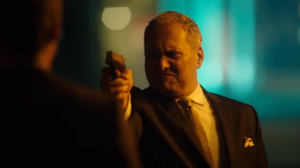 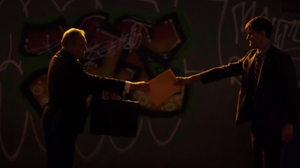 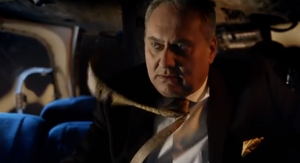 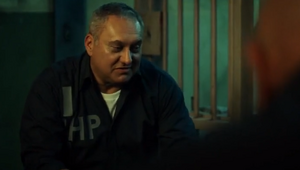