Antlion Thunder is a Shocker Kaijin with the characteristics of an antlion and an antagonist in episode 26 of Kamen Rider.

He was voiced by Keisuke Yamashita.

He was carrying out the "Artificial Antlion Plan" to create an artificial antlion sinkhole on roads and cave it in, spreading chaos through Japan with the confusion caused due to the disruption of the transportation network. While investigating the incidents caused by Antlion Thunder, Hayato Ichimonji was attacked and fell into one of Antlion Thunder's sinkholes, but was able to escape thanks to the Cyclone.

He later attacked Hayato while he was pursuing Colonel Zol and dropped him into a sinkhole again. It was at that point that the time bomb Zol planted on the Cyclone exploded, but Hayato transformed into Kamen Rider 2 and escaped. Antlion Thunder bravely faced the Kamen Rider, but was defeated by Kamen Rider 2 with a Rider Kick that knocked him into one of his own sinkholes, causing him to sink to the bottom.

Antlion Thunder's body was presumably recovered later, as it appeared as one of the reconstructed monsters in the movie version "Kamen Rider vs. Shocker".

Antlion Thunder has the power to instantly create sinkholes capable of swallowing objects as large as a car. When a car passes by one, it causes sand to fall and the visibility deteriorates, causing the car to fall unnoticed. 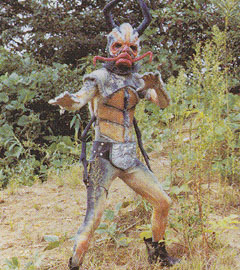 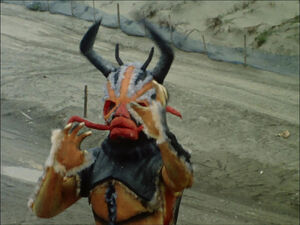 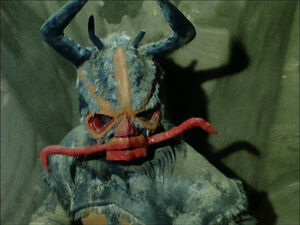 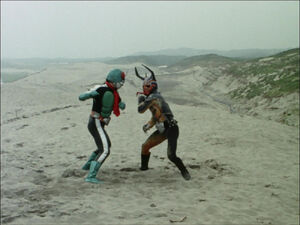