The Spy Next Door

Stealing oil from reserves the world over.

Anton Poldark is the main antagonist of the 2010 film, The Spy Next Door. He was a Russian mobster who plotted to sell a acid-eating substance to eliminate all of the world's oil supply.

He was portrayed by Magnus Scheving, better known as the actor who portrays Sportacus in LazyTown.

Poldark was in a factory that was heavily guarded with no way in except through a sewer passage. He was stealing oil from a reserve and gave his henchman C-4 to rig the building when they were finished. But the operation is quickly ambushed by Central Intelligence agent Bob Ho, who takes out his henchmen with Poldark destroying the evidence of oil-eating acid in his hand.

He attempts to flee from Bob but engages in a fight with him. He proceeds to strike Bob with his nightstick against his belt-sword, managing to hit him once. Poldark then tries to run away from him again by going up a set of stairs but is quickly foiled by Bob. CIA agents then come through the stairs in both directions. Seeing no way out of this situation, he proceeds to comment that it was "A good aerobic workout" before he is taken away.

However, in a transport van headed for prison, the initial arrest proved to be a set up as the van is ambushed by Poldark's henchmen who did not get arrested, and escapes with them via helicopter. He makes it to a safe house at an undisclosed location in California and unites with his girlfriend Tatiana Creel. He tells her he does not enjoy prison, which she reminds him he was only locked up for 4 hours. Poldark then announces a new test to start in two days.

When Bob receives a password encryption file called "Stockholm.GBH" from his agency, believing to come from Poldark's sources, it is revealed to be a tracking device from the other side that goes into operation when Ian accidentally downloads it to his iPod, mistaking it for a concert song. While Poldark tries on some current (2010s) fashion he disapproves, Tatiana tells him Stockholm.GBH is tracking the exact location of where the oil formula is hiding, but it will take her awhile to track down. Poldark then says when they find who is downloading the file, to kill them.

Later, Poldark's lead scientist in inventing the acid tells him the test is ready to commence. His henchmen drop a drum of oil onto the ground and Poldark pours one droplet of acid onto the oil. The acid slowly but steadily dissolves the oil and all that remains of it is sand. Though it still needs work, Poldark is impressed with the results. When Tatiana finally is able to locate the file's download destination, she goes to Poldark to tell him the news. He is amazed and tells her to bring some men with her, reminding her of no survivors. While Tatiana and the goons search the house, she reveals to Poldark that Bob Ho lives there, which frustrates him and shoots the cellphone on the floor. Tatiana dials him on another phone, and Poldark demands him to die after information is extracted from him and to avoid being traced by the CIA.

When Tatiana and the henchmen fail to capture Bob after spotting him, Poldark sends Larry and even CIA mole Glaze to go after Bob. They failed to take him down but recruit with Poldark by tracing Bob's watch. The watch's GPS system takes them to an abandoned warehouse and they find Bob and Ian there, restraining them to chairs, later followed by Farren. He is insulted when Ian points out his type of attire being worn, a track suit with shorts. He begins to interrogate Bob along with where the downloaded file was, but he keeps his innocence. Ian then starts to understand the matter at hand and tells every goon and Poldark he downloaded the file from Bob's computer to his iPod, which surprises Poldark and everyone present.

Tatiana and some goons depart for the house while Poldark, Glaze, Larry, and one goon deal with Bob and the kids. But before Poldark can execute them, Bob knocks the gun out of his hand and uses Ian's bicycle to attack them all one by one. Bob throws the bicycle into Poldark's face and buys time to get to the house.

Poldark eventually regains consciousness and he and his gang make it to Jillian's house after most of his henchmen were subdued by the kids, thanks to them using Bob's gadgets. Poldark and Larry deal with Bob, while the other goon goes (and fails) to retrieve the iPod from Ian. With Larry by his side, Poldark is able to overpower Bob and almost kill him but Farren drops a TV on Larry's head and Poldark battles Bob on his own, taking Larry's knife. He attempts to stab/slice Bob but is unable to and Bob is able to defeat Poldark and foil his plans for good. After Jillian knocks out Glaze, Poldark, Tatiana, and everyone else involved is arrested by the CIA and taken to jail. Before going in the van, Poldark asks an officer how quickly he can give him an orange jumpsuit, which he does not reply. 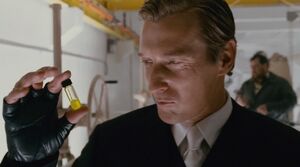 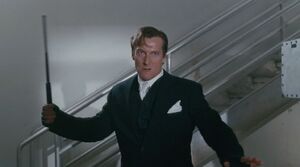 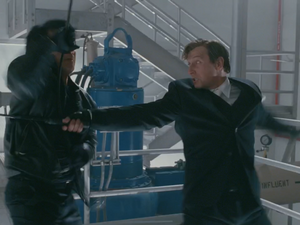 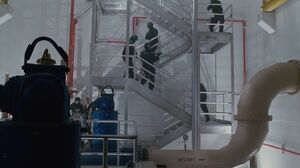 Poldark is arrested by the CIA. 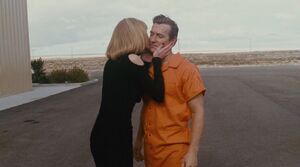 His imprisonment is short lived, he is broken free by his henchmen and receives a kiss from his girlfriend Tatiana. 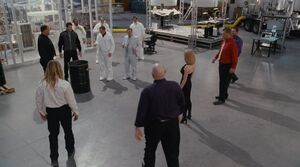 Poldark, Tatiana, and his henchmen gather around to witness the oil being eaten by the acid. 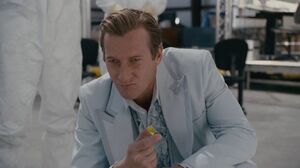 Poldark is impressed with the test's results. 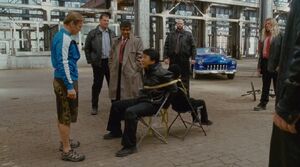 Poldark along with Glaze tie up and interrogate Agent Ho, along with Ian (and later Farren). 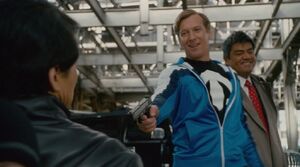 Poldark ready to execute Bob and his companions. 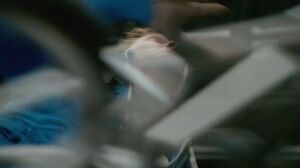 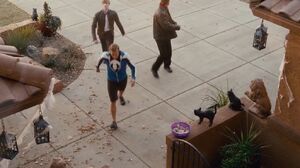 But he is not finished with Agent Ho. 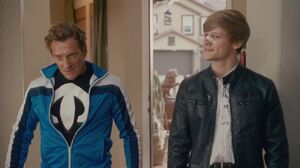 Poldark and Larry duel with Agent Ho, even able to overpower him together. 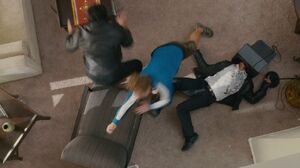 Poldark tries to finish Agent Ho with a knife. 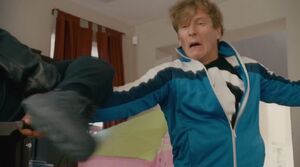 He is kicked in the face a few times. 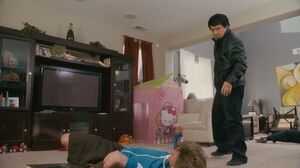 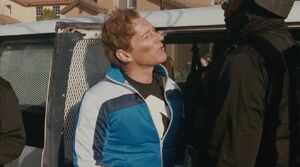 Poldark is arrested once again.