Incompetent slug (by Elexis)
Tony "The Worm" Mancini (by Blade)

Getting cash.
Hunting down Blade.

Get as much money as he can and escape without leaving any trails (succeeded, then failed).

In John Blade's journal it is stated that he was a "low end drug runner and ass kisser". However, it is also known that he murdered a prostitute Trina Delish, gutted her and got off with U4 drug, either stolen from her or hidden within her body. After Mancini's arrest, a certain lawyer Johny Cockroach defended him from going to prison. Mancini's "freedom" was granted by the new CEO of the SinTek corporation Elexis Sinclaire, who hired him in order to organize Freeport bank robbery and steal the contents of a single deposit box. Unfortunately for Elexis, due to Mancini's intention to steal as much cash as he possibly could, colonel John Blade, who was sent to prevent the robbery and rescue the civilians, managed to catch up to Mancini and started tracking him.

At some point, Mancini met Elexis on the roof and informed her about Blade pursuing him. Enraged, she scolds him and then injects him with 100% pure concentrated U4. Elexis then leaves via the helicopter and Mancini crawls away in pain, resuming his escape from John Blade. Blade pursues him through abandoned building and construction site, while Mancini sets traps for him such as a time bomb and a crew of his armed henchmen. Upon the arrival to the subway, Mancini feels even more intense pain and quickly mutates into a large humanoid creature.

Still determined to kill Blade, Mancini gains enough power to ambush Blade several times on his own with his bare hands, but is eventually shot to death by Blade, who had no idea he was fighting mutated Mancini in the subway. Blade finds out about mutant's identity later after Mancini's body is investigated. He also finds out about the fact that SinTek corporation is behind the creation of U4.

Antonio Mancini is an extremely short white male with blue eyes and blonde ponytail hair, beard and mustache, dressed in a dark blue suit, pink shirt and black necktie. He is blind on the left eye with a visible scar over it. In his mugshot it is said that Mancini's both arms are covered in tattoos and according to his fingerprints, he possesses two lacerations on the index finger of his right hand. After going through U4 induced mutation, Mancini resembles a tall muscular humanoid with light grayish skin, sharp claws and bulging veins. He also seems to have some kind of formation on his back.

Mancini is a slippery sociopathic low-life criminal. He is incompetent and unpredictable, wrathful and impatient towards his crew, but speaks politely and somewhat nervously to Elexis, desperately trying to explain the flaws of his robbery with Blade's interference, despite being the one who sabotaged it with his own greed.

After going through the mutation, he retains his cunning intelligence, but becomes a lot more aggressive and self-confident, realizing that he can finally take Blade down by himself. While attacking John Blade, he ambushes him unexpectedly, smashing through walls and ceilings and taunts him for not being able to take him down with his firearms, until Blade manages to eliminate Mancini. 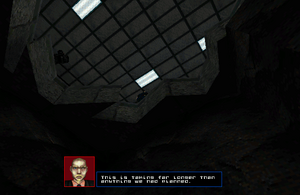 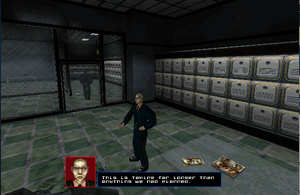 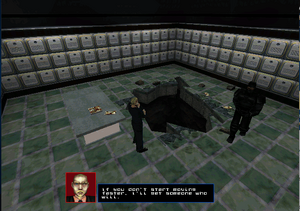 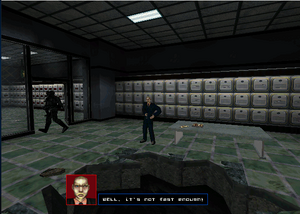 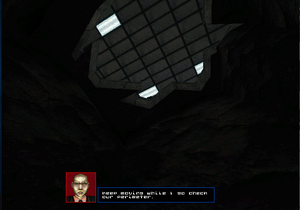 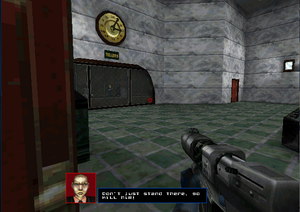 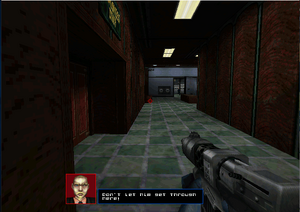 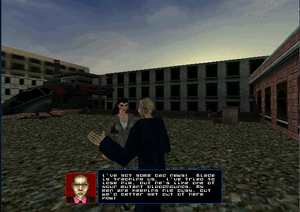 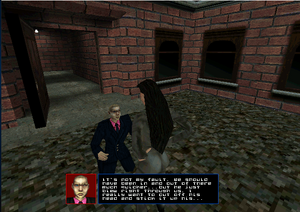 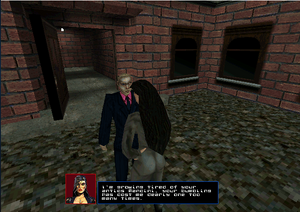 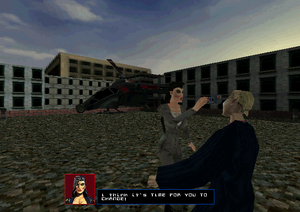 Mancini being injected with U4 by Elexis. 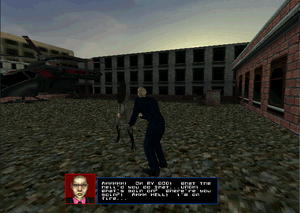 Mancini right after the injection. 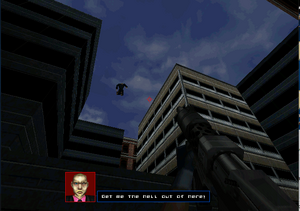 Mancini leaping from one roof to another. 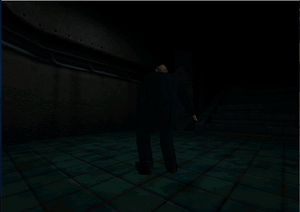 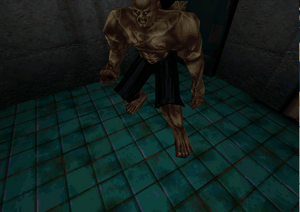 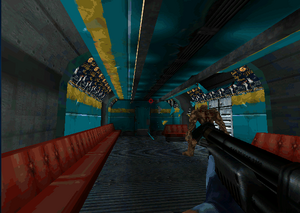 Mancini forcing his way inside the train in order to get to John Blade. 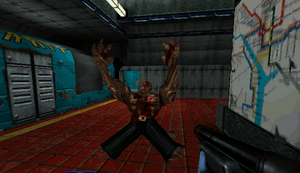 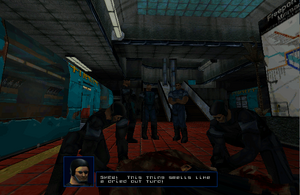 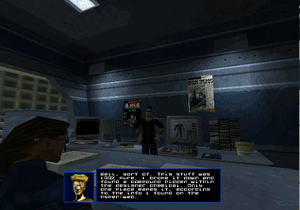 During Blade's conversation with JC, Mancini's body analysis can be seen on the computer screen. 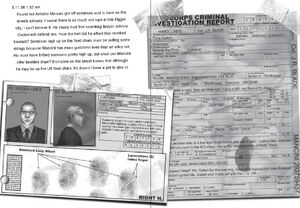