Tito Taylor Thomas (AKA The Anxiety Mosquito) is a major recurring villain from the Netflix original, Big Mouth. She is a mosquito that represents anxiety. She flies around the heads of anxious teenagers and freaks them out by mentioning worst case scenarios. She legitimately believes she's doing the right thing but it was made clear in the episode "What Are You Gonna Do?" that she is the bad guy. She serves as the main antagonist of the 4th season.

She is voiced by Maria Bamford.

In "The New Me", Tito terrorized Natalie with anxiety, when she first came to camp. When her male friends bombarded her with questions about her identity, Tito scurried around her head and made her feel as self-conscious as possible about who she was. When Natalie went to stay with the girls, they criticized her for not conforming to stereotypical gender stereotypes and Tito supported everything they said, telling Natalie that she should change the way she acted to seem more feminine and scaring Natalie into stopping being who she really was. At the end of the episode, tons of Titos swarmed Nick and gave him anxiety.

In "The Hugest Period Ever", Tito tormented Nick about having a tiny dick. Connie was not happy about Tito and felt bad for Nick, having to deal with her now. She also started harassing Jessi, making her feel bad about herself for having her period in the lake, adding onto the embarrassment she already felt after being made fun of by all her friends and yelled at by her councilors.

In "Poop Madness", Tito started stalking Andrew and told him that when he got back to school at the end of summer, everybody would be making fun of him. She later tried to drive a wedge between him and Nick but Andrew tuned her out and mended his ties with Nick. This didn't stop Tito from coming back to pester the both of them later.

In "Cafeteria Girls", Jessi was visited at her new school, Darlington Academy, by Tito the Anxiety Mosquito, who told her that she didn't fit in with the rest of the girls, not being as cool and accomplished as any of them. She convinced Jessi to lie about what she did during the summer, saying that she went to a third world country and help orphan kids. At home, Tito made Jessi feel bad about being single, while all her friends were coupling up. At this time, The Depression Kitty returned, signifying the return of Jessi's depression. Tito and Kitty revealed to have known each other quite well, going way back to the 1880's, where they drove their previous collective victim, Vincent Van Gogh to suicide. Tito's dominance over Jessi became so powerful, that she successfully scared her away from going back to school. While playing hooky, Jessi met up with Michelangelo, which Tito pushed her to date.

In "The Funeral", Tito made Andrew fear death even more than ever.

In "What Are You Gonna Do?", Tito turned into a gigantic three-headed monster inside of Nick's head and Nick Starr had her work for him as a monster to attack the original Nick Birch. Nick combatted his anxiety with the gratitude of Gratitoad, who violently fought Tito and tore Tito down. At the end of the episode, Tito, in real life, was eaten by the Gratitoad, who told Jessi and Nick that if they ever see her again, which they well, to just remember what he told them and soon, they'll be rid of Tito once and for all.

The Anxiety Mosquito is a little yellow mosquito with a pink belly and gigantic white jawbreaker-like eyes with blood red irises. She has twisted little hairs coming off the sides of her head. She also has a long, striped needle nose, sharp fangs, and quickly flapping wings. Tito has the ability to transform her head into the shape of other characters such as Jack Nicholson and The Joker and she can duplicate herself and create a massive swarm of her own clones, which she uses to bombard people with anxiety.

Tito the Anxiety Mosquito is a paranoid, restless, flittering little mosquito, who carries with her an aura of fear and panic, that she uses to lunge her clients into, dragging her down the well of terror with her. She always thinks of the worst possible outcomes of every situation her clients get into and she constantly pesters them with these suggestions, trying to get her patients to "play it safe" by not doing anything they love and instead just hide away, doing nothing. The way she strikes fear in the hearts of her victims can have drastic effects on them, which range from them crying themselves to sleep to people straight-up killing themselves, which she's been shown to sadistically laugh about. Despite the horrible things she does and how traumatic she makes the lives of her victims, Tito legitimately believes she's a good person and sees herself as a hero, who's doing the right thing. According to her, she's protecting her clients from doing anything dangerous that might harm or embarrass them. She never wants her clients to run free and if people ever try to do something new, she shows them some tough love and turns into a giant three-headed monster who tries to destroy them. 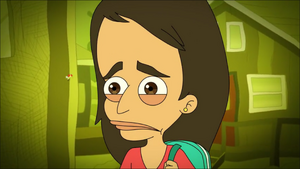 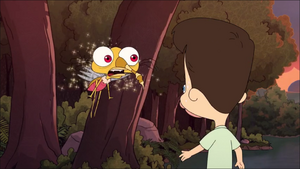 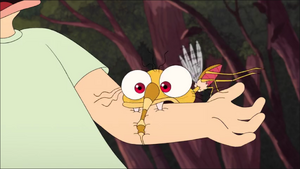 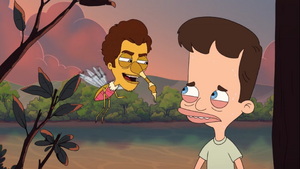 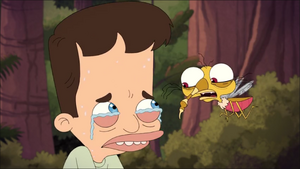 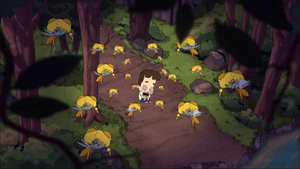 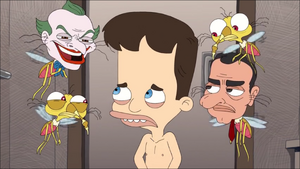 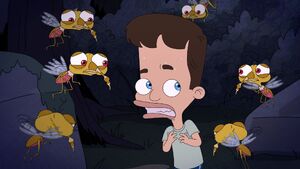 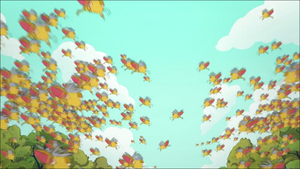 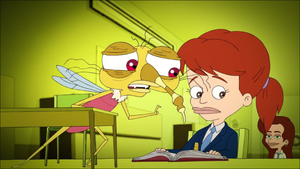 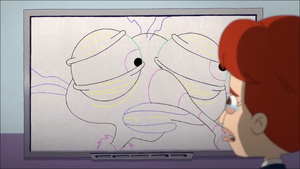 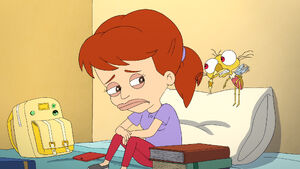 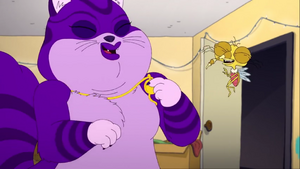 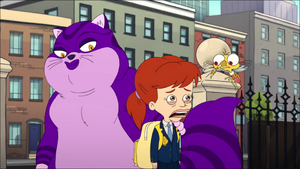 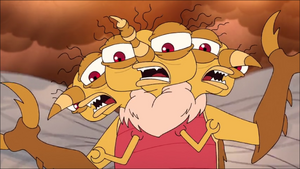 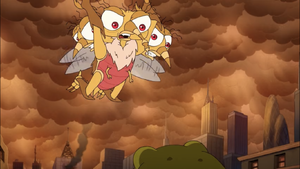 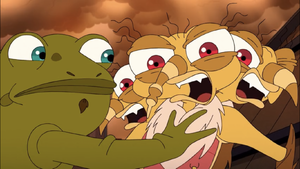 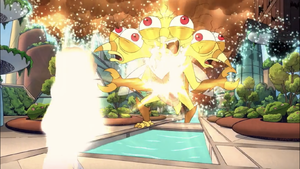 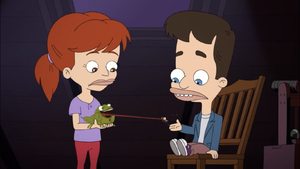 Retrieved from "https://villains.fandom.com/wiki/Anxiety_Mosquito?oldid=4381650"
Community content is available under CC-BY-SA unless otherwise noted.