Apollo is the main antagonist of SaGa II/Final Fantasy Legend II videogame for Gameboy and Nintendo DS - loosely based on the Greek god of the sun he seeks all the Magi in the world but waits patiently until the heroes of the story collect all but one (which he keeps safe himself): once the heroes have accomplished this task Apollo appears to them and demands they hand over all Magi to him.
When they refuse Apollo sends two powerful monsters on them only for the heroes to defeat them, however Apollo uses his godlike powers to threaten the lives of all the companions the heroes had made during their journey.
In order to save their companions the heroes give Apollo all of the Magi and he gloats, telling them all that they may serve him, calling himself the only god: the heroes try to plead with Apollo that using the Magi will destabilise the world but he simply laughs at what he views as silly rumors and teleports away.
However Apollo's plan was not full proof as a revelation was made that there was a hidden Magi outwith Apollo's grasp and the heroes seek it out.
Apollo is thus confronted by the heroes again within his temple as he tries to obtain true godhood and they engage him in battle, however due to the level of power he absorbed he was able to take on a secondary form and rapidly began to mutate until he violently exploded, however his abuse of the Magi caused the Arsenal to become active and thus triggered the final confrontation of the game. 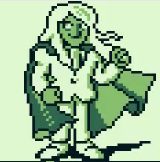 Apollo's second form
Add a photo to this gallery
Retrieved from "https://villains.fandom.com/wiki/Apollo_(SaGa)?oldid=3523864"
Community content is available under CC-BY-SA unless otherwise noted.