Assassin
Apollo Geist is the chief of security of the Government of Darkness and the secondary antagonist of Kamen Rider X. He is the one in charge of assassinating rogue or traitorous members of the G.O.D. organization. He later reappears as a Dai-Shocker member and one of the main antagonists in Kamen Rider Decade.

Apollo Geist is G.O.D.'s Chief of Security, armed with the Geist Cutter shield and the Apollo Shot shogun, his human appearance wears a white tuxedo with black gloves until he invokes "Apollo Change". He has his own motorcycle branded with his Apollo Geist logo. His job is to execute any G.O.D member who considered useless. Destroyed himself using his Arm Bomb after he was defeated by X's X Finishing Kick when he tried to trick him by shaking hand.

However, Apollo Geist is revived by two doctors of G.O.D. Armed with the Apollo Magnum bayonet on his right hand, the Geist Cutter shield which causes explosions when throwed into ground, and the small Geist Cutter shield on his left shoulder. The visual difference is that he wears the Perfecter on his helmet and has a fire motif in his cloke. He also has ability to turn himself into huge fireball at his final battle against X-Rider. Destroyed by X's X Kick in his Fireball Form.

The first member of Dai-Shocker that Tsukasa confronts, an alternate world version of Apollo Geist came from the World of X-Rider where he was killed by the dimension's Kamen Rider X before revived by G.O.D. and became the Security Chief of Dai-Shocker, hastening the worlds' convergence to make invasion easy for his organization. He normally assumes the form of a man called Guy until he invokes "Apollo Change." Since his revival, Apollo Geist's lifespan is short as a result and thus uses the Perfecter to take the life force out of people to augment his own.

When the Perfecter is stolen from him by Diend and then destroyed by Decade, Apollo Geist eventually comes up with the plan to marry Yuki, the Fangire Queen, becoming a Fangire as a result. As a result of his transformation, he now becomes Super Apollo Geist with the ability to remove other realities from existence. Rider War: Prologue Using his power to revive the monsters from the Nine Worlds and attempting to make Natsumi his bride after Yuki is destroyed by Decade Complete Form, Super Apollo Geist fights Decade and Diend until help arrives in the form of Hibiki and Kiva. Kiva and Hibiki distract Super Apollo Geist long enough for him to be mortally wounded by Decade Complete Form with Diend's power, Geist swearing that he will "revive as the greatest nuisance in the universe" before he is destroyed.

Due to a change in history caused by Ankh leaving an O Medal behind in the year 1971, Shocker achieved its goal of world dominion with the Shocker Greeed and new members from the various groups joined an alliance under Shocker's control. Apollo Geist, King Dark and the Government of Darkness were part of Shocker's alliance. He was never killed by X, not needing the Perfecter to sustain himself even years into the future. When the timeline was partially restored and the Riders returned, he tried to face X, only to be defeated. He was destroyed, however, when the Great Leader became the Great Rock Leader and spreads destruction around the world. 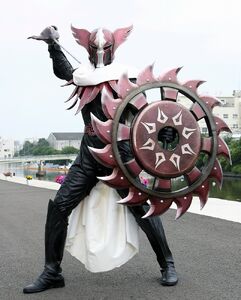 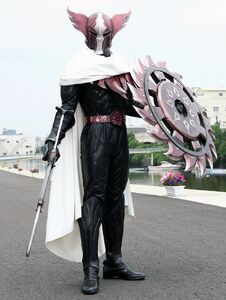 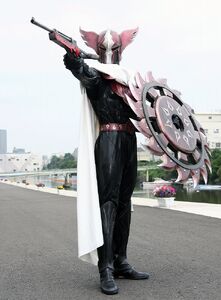 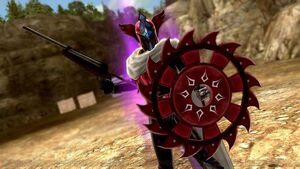 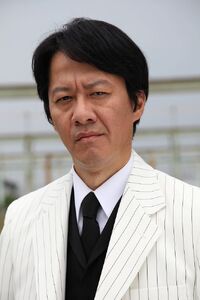 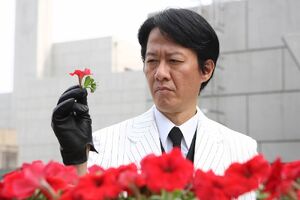 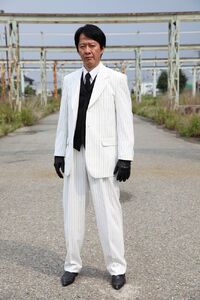 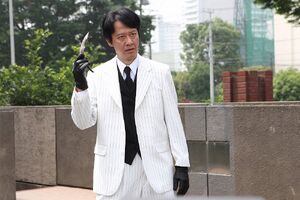 Retrieved from "https://villains.fandom.com/wiki/Apollo_Geist?oldid=4212963"
Community content is available under CC-BY-SA unless otherwise noted.