Arakune is an antagonist in the BlazBlue series. He used to be Lotte Carmine, a jealous scientist of sector seven who envies Kokonoe as the head scientist and a close friend of Litchi; but during the boundary, he experimented on himself and became Arakune a blob monster. He was later captured by the N.O.L. as a bargaining tool for Litchi to join.

Formerly a scientist named Lotte Carmine, Arakune's form was warped into his current form after he tried to study the Boundary due to him feeling inferior to Kokonoe. Now, he houses a myriad of insects in his blob-esqe form and lives on knowledge. His transformation has understandably made him snap, causing him to be practically insane and lacking reliable memories, and distorting his words into little more than almost incoherent babble mixed with mad cackles and screeching, with only Litchi understanding what he says.

His dialogue between many characters, and his Arcade Mode ending, bring up the idea of that the power and knowledge he gained from the experiment is what twisted him into his current form. Oddly, if his Arcade Mode is to be trusted, he does not think he's changed, and his speech patterns seem perfectly fine to the man.

During Calamity Trigger, he lives inside the sewers of the Kagutsuchi as the seithr concentration is at it's peak there, dueling all who trek through. He is also known to devour people to survive, most being the nearby Kaka clan. His lust for power and intellect above all else makes him consider the Azure Grimoire the absolute of said qualities, he became stricken with a desire to consume the Azure when he's nearby Ragna. Characters he best in his story mode are almost always become a snack for the beast, save for Bang.

As Arakune continues to look for the Azure Grimoire, he is also shown to speak normally for a short while, during one time of this limited sanity asking Litchi to stop attempting to cure him using the same thing that made him crazed in the first place and turn herself to Kokonoe to heal others; a fine line that she can't cross, lest she become like Arakune. Encountering Hazama, he reveals that Arakune was made to try to summon the Black Beast, but it didn't work, seeing how Arakuna only really knows to eat.

He seems to remember his dislike of Relius Clover, he is attacked and subdued by Ignis one time, something Terumi uses to convince Litchi to join NOL.

Arakune appears as a collection of a sort of black ooze with a white mask used to talk to others. He also has various bees and a collection of bones to use as limbs inside his body.

Stepping into the Boundary has changed him into a black slime-like creature with an erratic nature. He can dive into the ground to be a puddle as a way to avoid damage and disguise himself until hit. His gooey body also contains various venomous bugs that swarm his opponent, and a myriad of bones that can shapeshift for melee attacks or to fire a laser made of dark energy.

Arakune's Drive is called Crimson, which makes him able to curse his foes by harming them with vapor or his minions. In Calamity Trigger, he only needed a single attack, but he has to fill up a meter to use it in Continuum Shift. Once cursed fully, Arakune can call an army of vermin to attack his enemy, making him a very difficult foe to best when used well. 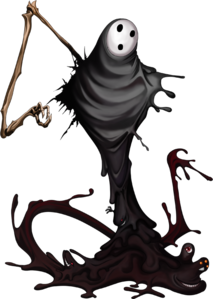 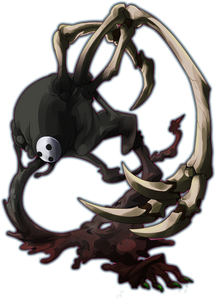 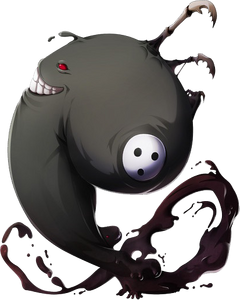 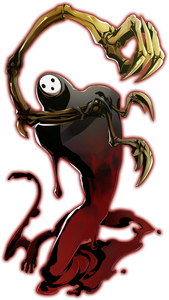 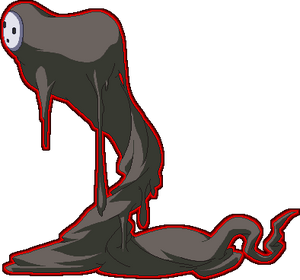 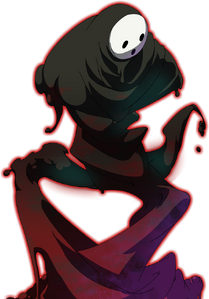 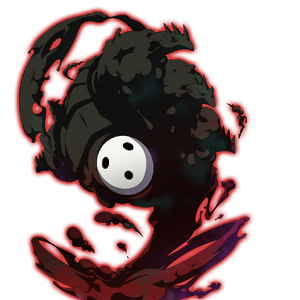 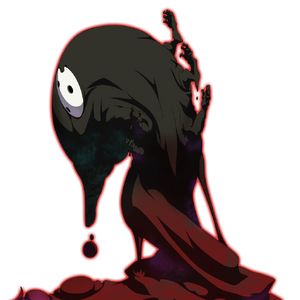 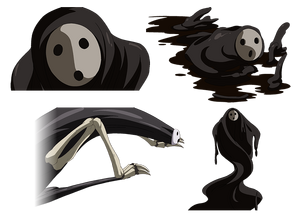 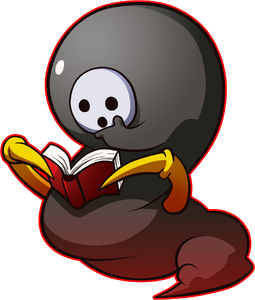 Retrieved from "https://villains.fandom.com/wiki/Arakune?oldid=3556609"
Community content is available under CC-BY-SA unless otherwise noted.