Finding ways to cheat in the ring.

Aran Ryan is a character and opponent in the videogames Super Punch Out and Punch Out! (Wii). He is a boxer from Dublin, Ireland, who is ranked in the third circuit (later changed to the fourth circuit in the Wii game), and one of the many characters Little Mac must face in order to ascend to the top of the World Circuit. Although mostly neutral in Super Punch-Out, in the Wii game, he becomes an unstable, aggressive and rigorous cheater who will do anything to win, like sabotage his opponent's training. He is also very mischievous, as shown when he vandalises a poster of Little Mac. Although most of the boxers in the series use outlandish powers that would not be allowed in real-world boxing Aran Ryan is shown to be a prolific cheater even by the game's standards and is also fairly malicious, especially in his second fight.

Aran Ryan is also cemented as a "heel" (sports-based villain) due to the crowds turning on him and throwing bottles and food at him, to which he threatens them with physical violence due to his hot-temper. 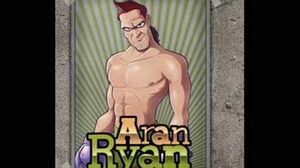 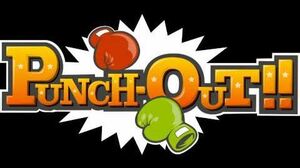 Aaron Ryan - Lose - Punch-Out!! (Wii) Music
Music plays when you lose to Aran Ryan.
Add a photo to this gallery

Retrieved from "https://villains.fandom.com/wiki/Aran_Ryan?oldid=3878234"
Community content is available under CC-BY-SA unless otherwise noted.