Leader of the Asian Mafia

Arashikage is the leader of the Asian Mafia and the main antagonist of the first Maximum Ninja installment, after which he becomes the secondary antagonist. For an unknown reason, he kidnapped the Ninja's best friend, John Kingston.

Arashikage and Asian Mafia kidnapped John Kingston, prompting the Ninja to go rescue him. The Ninja eventually confronted Arashikage in the room where his friend was held. The two fought and the Ninja defeated Arashikage before untying John. However, this was not the end of Arashikage, as he was later revived by Steve to kill the Ninja.

Arashikage confronted the Ninja again as he and John were attempting to leave the building. However, John shot him several times, pushing Arashikage back. The Ninja then pulled out a sword and cut off Arashikage's jaw before decapitating him, killing the Asian mob boss again.

However, Arashikage was later revived through unknown means, now with a metallic chin and mouthpiece to replace his jaw. He attended a convention for "Pissed Off Gang Leaders" and ended up deciding to get revenge on the Ninja, exiting the convention to go and look for him.

Since a fourth installment has yet to be made, it is unknown what happened to Arashikage after that. 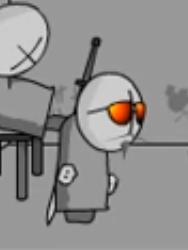 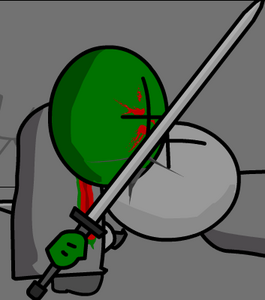 Arashikage after being resurrected as a zombie.
Add a photo to this gallery

Retrieved from "https://villains.fandom.com/wiki/Arashikage?oldid=3532866"
Community content is available under CC-BY-SA unless otherwise noted.