Sending out Kaijin to fight V3.

Archbishop Wing is the villainous commander of the Wing Unit and the second Destron executive to appear in Kamen Rider V3.

He is portrayed by Sachio Fujino.

Following the death of Baron Fang, Archbishop Wing and his Wing Unit were summoned from Tibet by the Great Leader to assist the Japan branch and stop Kamen Rider V3.

After the failures of the Inhumanoids of his Wing Unit, Wing assumes his Kaijin form as Vampire Bat to take on V3 himself. He was destroyed by V3 with his V3 Rider Kick.

Wing was later revived as Zombie Bat by Marshal Armor to ambush V3, but was defeated by the Kamen Rider again.

In his normal human form, Wing carries a spiked staff.

As Vampire Bat, Wing is capable of flight and has a pair of sharp claws he can use in battle. He is also capable of draining the blood of his victims. 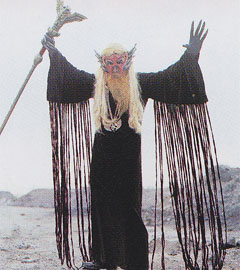 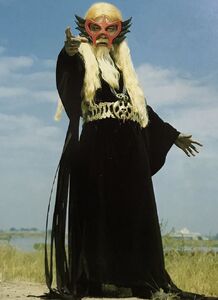 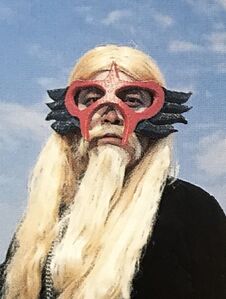 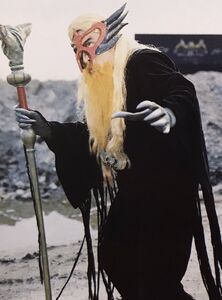 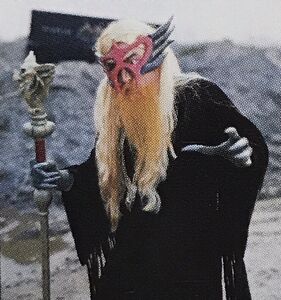 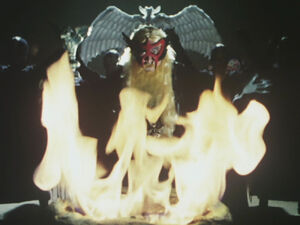 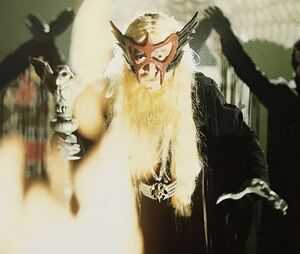 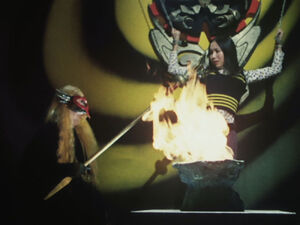 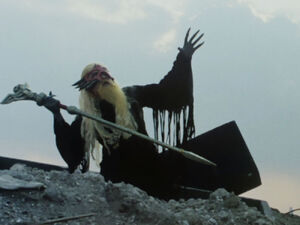 Archbishop Wing rising up from his coffin. 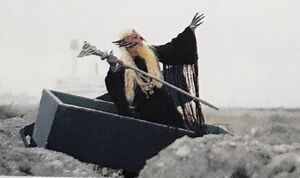 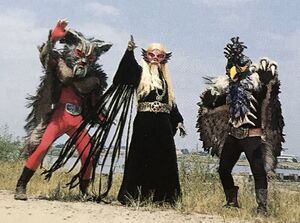 Archbishop Wing with two of his Wing Unit kaijins. 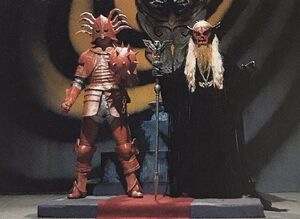 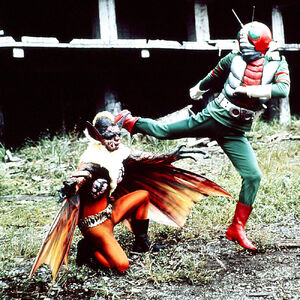 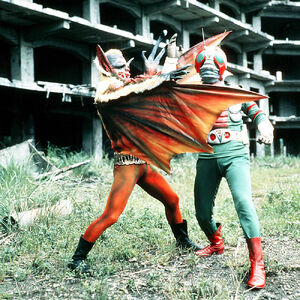 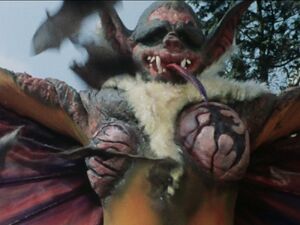