Take over Goldenrod Radio Tower to seek out Giovanni (failed)

Use Arceus to go to the Sinjoh Ruins and create Dialga, Palkia, and Giratina (manga only; succeeded)
Usurp Giovanni's leadership for himself (manga only; failed)
See Giovanni's goal succeed (failed)

At first, Archer seems to make an appearance in Pokémon FireRed/Pokémon LeafGreen, as an unnamed male Team Rocket Admin in the Rocket Warehouse on Chrono Island. He is one of the leaders of the Sevii Islands branch of Team Rocket, and accuses the player of spreading rumors that Team Rocket has disbanded, something he does not believe.

When the player defeats him, he recognizes the Earth Badge and accepts that Giovanni has been defeated, but he vows to find him and resurrect Team Rocket someday. The computer he was working on mentions the effect of radio waves on Pokémon evolution, foreshadowing Team Rocket's actions three years later.

Three years later, Archer is one of the executives who leads Team Rocket during the absence of Giovanni. He leads the team in its takeover of the Goldenrod Radio Tower, aiming to locate his missing leader and bring him back to the team until he was defeated and, having been the last one standing, disbands Team Rocket.

Just like other Executives, Archer received a major overhaul in Pokémon HeartGold and Pokémon SoulSilver, where his identity was expanded on. In addition, his color scheme was noticeably switched, where he now wears white clothes on the topmost layer, as opposed to the traditional black outfit.

Archer reappears during Team Rocket's invasion of Silph Co. where he and a Grunt battle the player and Trace. Though he fails to stop the duo, he returns in an attempt to stop them from reaching Giovanni. Trace distracts Archer so the player can reach Giovanni.

After Giovanni's defeat, Archer is in Giovanni's office in their hideout. Angered that the player defeated Giovanni, Archer battles them and is subsequently defeated. Afterwards, he admits that he knew that the player would come eventually and wrote a letter for them. The letter says that he congratulates the player for becoming the Champion and that he holds no grudges for the player defeating Team Rocket. Archer decides to leave Kanto, planning on reviving Team Rocket. He then tears the letter before leaving.

Archer appears in the Johto-themed chapter of the second arc of Pokémon Masters, aiding Giovanni's schemes to take over Pasio. After the introductory cutscene, Archer makes his first appearance alongside Ariana, being cornered by Lance, Karin, and Morty within their base. After seemingly being defeated without a fight, the two admins note their research in the field of dynamax before allowing Giovanni to step forth, with the leader gaining the ability to dynamax his Nidoking. The admins also appear alongside their leader after Giovanni destroys his own base, leaving alongside him following Silver's defeat.

Archer is next seen alongside Giovanni in Lear's mansion, celebrating over his master's defeat of the man's Hoopa and declaring Pasio to be theirs. This celebration is cut short, however, upon the arrival of Ethan and Silver, with Archer being fought by Ethan as Silver takes on Giovanni. However, Archer's Pokémon are no match for the might of Ethan's Lugia, causing Ethan and Silver to fight against Giovanni together. Noting of their time to flee even before the arrival of the International Police, Archer then flees alongside Giovanni with the aid of an Abra. Back in their headquarters, Archer laments on his defeat before being calmed by Giovanni, remaining at the ready to aid his ambitions when it comes time to remerge.

Archer appears in the HeartGold & SoulSilver chapter alongside the other three Executives as their leader. He, along with his fellow teammates, take control of Team Rocket from Carr, saying that they will stay true to Giovanni's intentions. While the other three had tasks related to the Legendary Pokémon Arceus, Archer's task is the capture of the Pokémon itself. Archer, Petrel, and Proton arrive to see Ariana having defeated Crystal on Route 38. Suddenly, Arceus appears in front of them and Crystal attempts to capture it, shocking the Generals in the process. Despite her tenacity, Crystal ultimately fails in capturing the Pokémon and is sent flying into a tree.

The Generals chase Arceus down and find it battling Gold at the Ruins of Alph. Once Arceus uses its powers and transports them all to the Sinjoh Ruins, the four Generals restrain Arceus and force it onto the Mystri Stage. Archer takes control of Arceus and with the plates, demonstrates its great and varied abilities to Gold, Silver, and Crystal. Archer forces Arceus to use its great powers to create the Legendary Pokémon Dialga, Palkia, and Giratina.

Believing he has pleased his boss, Giovanni, Archer starts breaking down into tears. However, his joy is quickly destroyed when Silver flies off to distract the Generals while Gold and Crystal finish off the three Pokémon Arceus created. Having done so, Arceus, now freed from its restraints, uses its powers to make Archer and the other Generals disappear.

The clones, however, regenerated. Archer begins to go insane when he says that the creation process can't be stopped. When Giovanni himself finally shows up to attack Giratina, an outraged Archer declares that Giovanni is not the man whom he thought was fit as boss of Team Rocket and decides to rule it himself. He tries to capture Arceus, but is knocked unconscious by Arceus's attack. After the dust clears, Archer and Petrel are taken away by a Grunt by order of Giovanni, presumably to be killed. 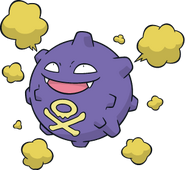 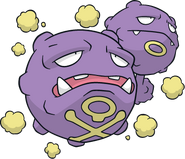 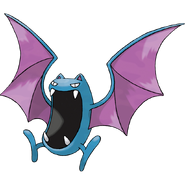 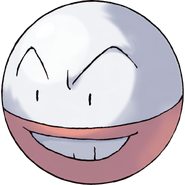 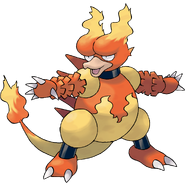 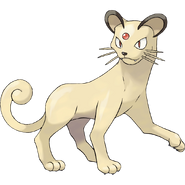 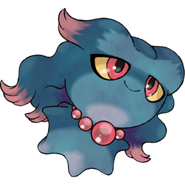 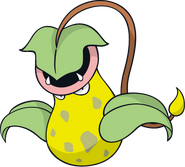 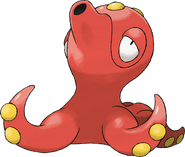 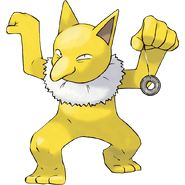 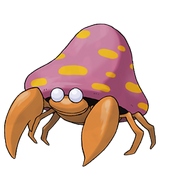 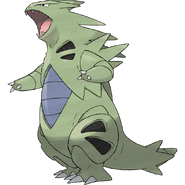 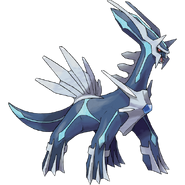 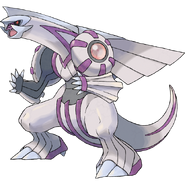